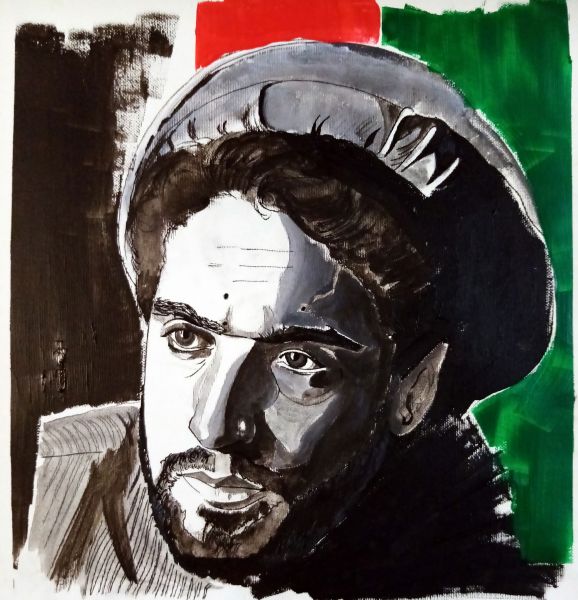 The fall of Kabul and of Afghanistan in the late summer of 2021 impacted me as a person and as an artist. I made a few pieces on the subject because of its different overwhelmingly meaningful and symbolical imagery. The first piece I made was of Zarifa Ghafari, the first and youngest female mayor ever of Afghanistan who tweeted for her life while Kabul started falling, I painted the image of the "dot people" falling from the american military plane as it left the convulsed and in crisis airport of the capital falling in the hands of the taliban. The third piece I made was this one: "Massoud the young lion" as soon as the Resistance was announced and started in the Valley of Panshjir.

I knew and remember about "Le Commandant Massoud" (Ahmad Shah Massoud) ho as the one to defeat the soviets and the talibans a few decades ago from the same valley and I knew something about his son so I was just mildly surprised when he appeared on the scene as the leader of the Afghan Resistance to the talibans from the same valley his father did it. I researched and found a photography in which he resembled his father and choose it as a base to make my "Arte para luchar" piece in order to contribute with my art to their fight for freedom that I understand and see as the same I'm having against tyranny in other forms with the same effect back in the venezuelan struggle and other causes I also support. 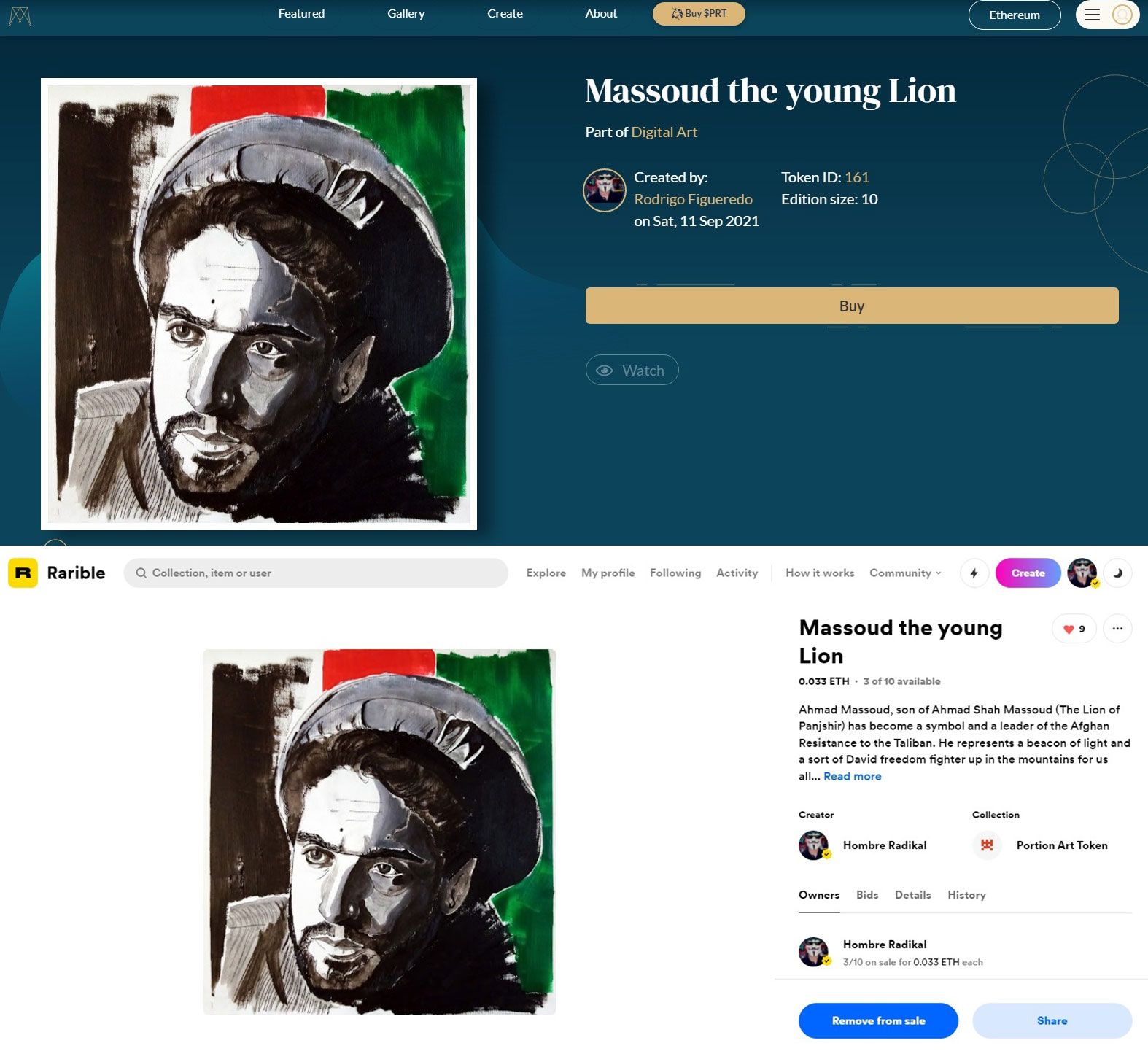 “Our demand is a great demand, and it is not limited to Panjshir. I do not represent Panjshir alone, and our work is not only for Panjshir. Our struggle is for the whole of Afghanistan" #AhmadMassoud

So I started working on it and my first idea was to use the Afghanistan flag as the bakcground given the fact that It was becoming also a symbol of republic (the talibans imposed their flag for a caliphate) and of a fight for all. Talibans and supporter here attacking him on the point this was some sort of regionalism and not an expression of the whole country. A friend ho's into politics, when I told him about my intention siad: "why don't you paint him with the northern alliance flag, they are a region, they might even start a secessionist war with the south of Afganistan" I tought about it but remained with my primary idea. Finished the piece, looked for one of their official twitter accounts and send it to them after explaining who I am, hat I do and why I do it.

I got a response from the Resistance from the Valley of Panjshir minutes after I sent them the piece and to my great honor and pride, a few our later Massoud made a communication via one of these accounts using my artwork in it with this particular message: “Our demand is a great demand, and it is not limited to Panjshir. I do not represent Panjshir alone, and our work is not only for Panjshir. Our struggle is for the whole of Afghanistan" #AhmadMassoud