This painting depicts the student and civil protests of 2014 and its mayor street level actors. This piece illustrates some of the most significant players of the events and is filled with symbolism. All the people depicted in the piece are real and played an eminent role in what happened, from Eusebio Costa (Student leader) to Pakistan Venezuela (an anonymous street leader) to Maholy Diaz (one of the most important photographers who used image to freeze history) and The Red Shadow (one of Anonymous Venezuela leaders) This piece became significantly viral in social networks, this made it a popular art work and created cultural identity and relevance in many fields of expression, reach and significance.

I made this piece with a feeling of responsibility. I felt the urge to fix on canvas something that should never be forgotten. Using art and culture as a mean to convey an idea and an opinion. This is Freedom Art. I try to use art to create and perpetuate an identity. I ask myself questions such as: What does it mean to be Venezuelan? What should be the correct stance to take in front of a given historical situation? What version will and should be written in the history books, what images to illustrate the times will accompany them? These is the fight of the unknown and the anonymous I choose to draw, the push of the collective group mind constituted by individualities working towards a common goal and vision. The new bottom up, for my it what obvious and I gave myself the mission to paint it as I saw and understood it. This is the anonymous struggle.

I donated the piece in December 2015 to Thor Halvorssen, director of the Human Rights Foundation who included it into the libertarian art collection aside artists such as Shepard and Maldonado. It proudly hangs on the walls of the HRF New York Offices. In September 2017 it was included at the collective show "Art in Protest. Creative dissent" at the prestigious Rogue Space Chelsea Gallery. This piece is a symbol for the Venezuelan resistance and stands as testimony of our contemporary history of struggle to regain democracy and freedom through art and culture. 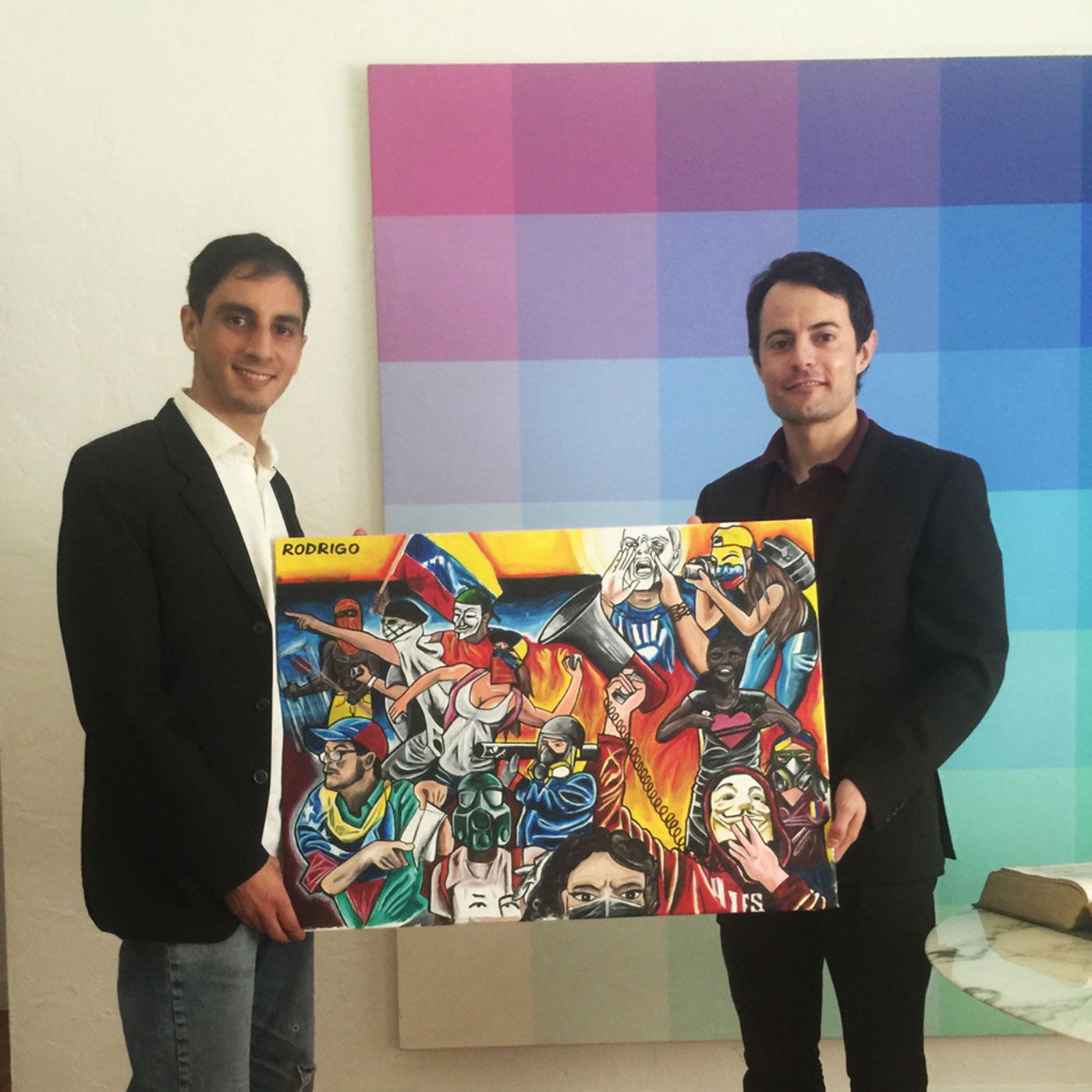 Donating "Lucha Anonima" to Thor Halvorssen (Director of the Human Rights Foundation) in 2015. 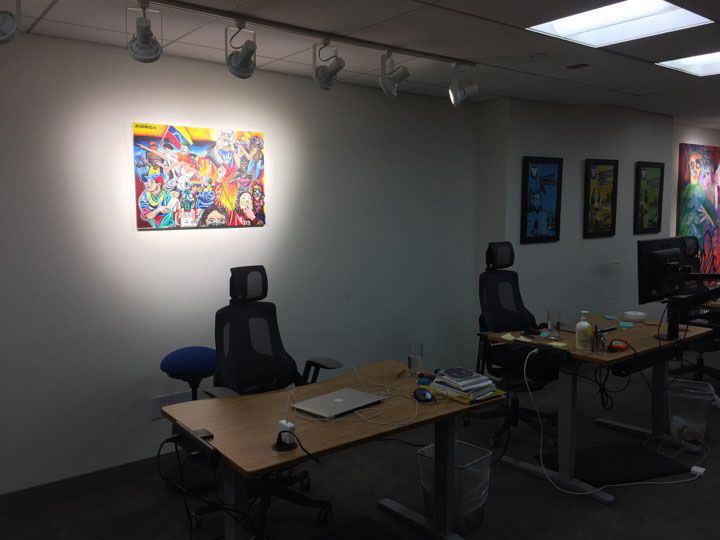 "Lucha Anonima" in the offices of the HRF in New York. 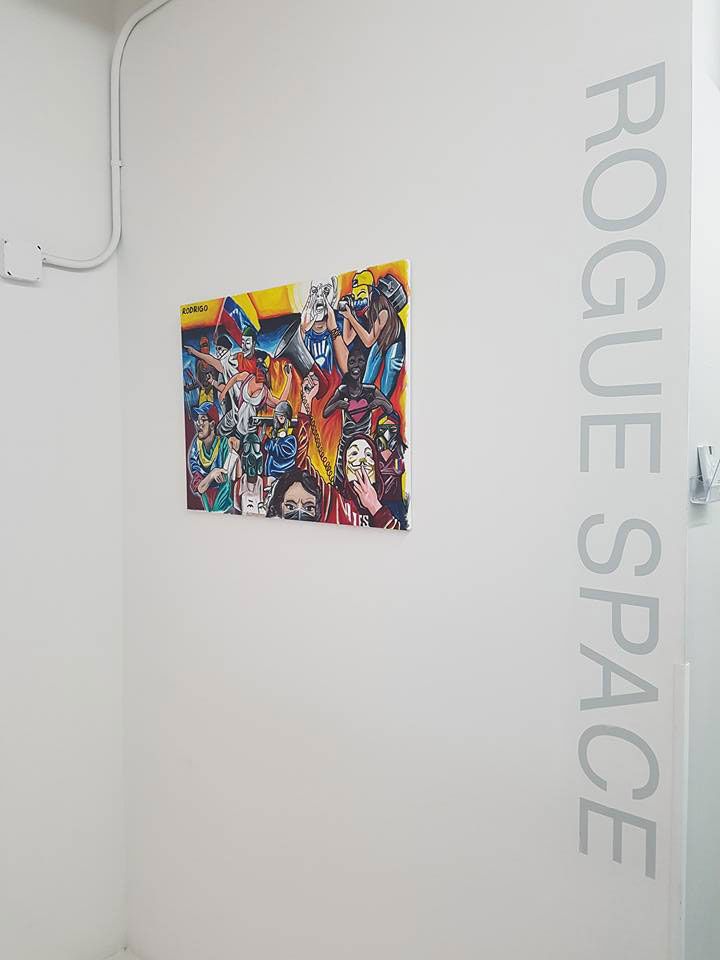