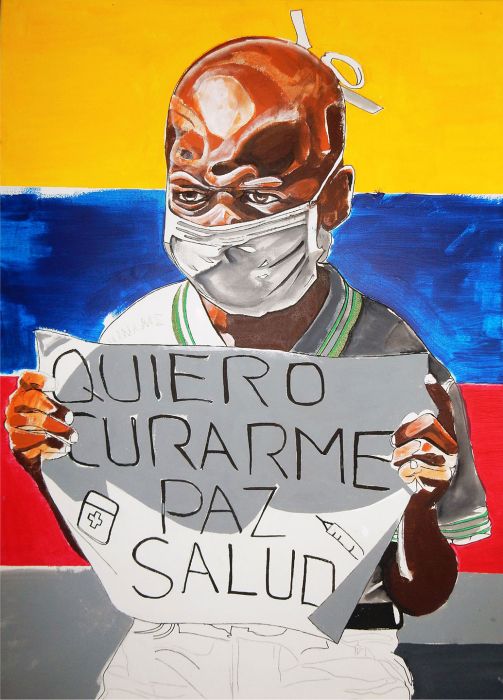 "Quiero Curarme" means I want to heal. I made this piece from a photograph of a kid named Oliver Sanchez that was ill with cancer and that protested in Venezuela because of the crisis of the health system under Nicolas Maduro's regime. He ultimately died without being able to get access to medicine and became a symbol of a hindered future in Venezuela because of an indolent regime.

In 2018 I re encountered Marisol Dieguez in a trip she made to Italy and I ceded the piece to her for her incredible and historic work of being the person sending more medicine to Venezuela in times of crisis through her NGO called "Ayuda Humanitaria para Venezuela" based in the USA. I believe that art is a potent matter to get attention and empathy for noble causes such as this one.