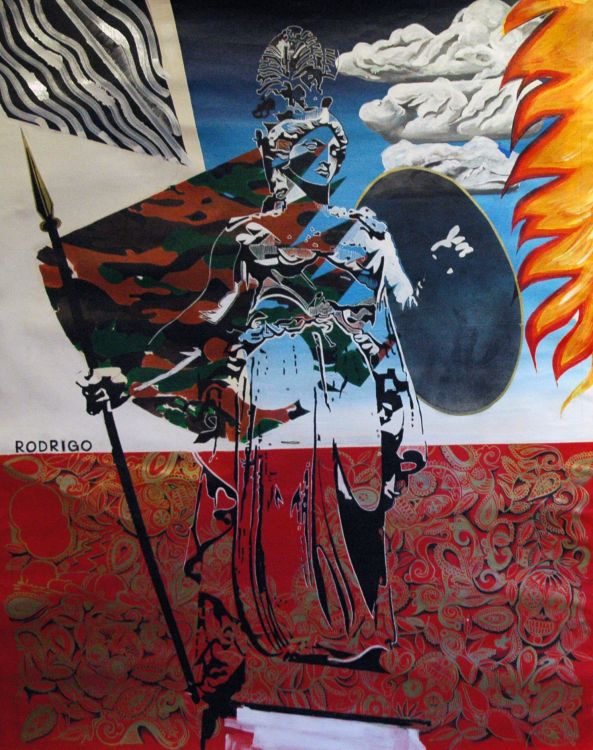 "Athena" is a piece where I made my take on a classical thematic using my style and techniques. This piece is part of a series of works where I reinterpret classical figures and symbols from tradition with a modern twist. Athena is the goddess of intelligence and war, I made this piece after the piece "Liberté égalité Fraternité" where I painted Delacroix's Marianne (a symbol standing for freedom) with a hungry child asking begging her for something while she passes bye with her Gucci bag triumphantly displaying that making it in total freedom disregards the crisis in which the world is (symbolized by the girl). I called this piece "Athena" but I was also thinking about calling it "La victoire de l'occident". If you look closely in the piece, there's an image of Aylan Kurdi in the lower left part hidden in plain sight in the red and golden details of the composition. This is where it makes this piece a "sister piece" to "Liberté égalité Fraternité" because I used a contemporary symbolic image to convey the sense of contradiction with the main classical symbol I'm using to convey a message. You can also check other related pieces in the slideshow below. 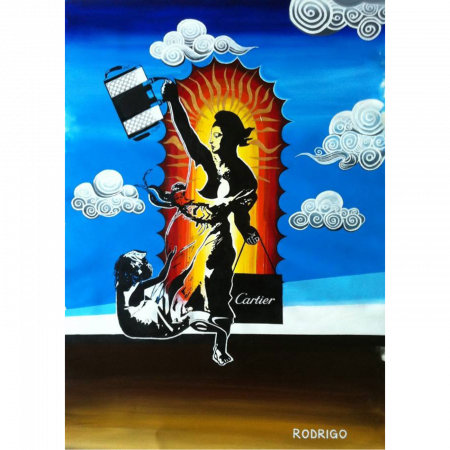 Liberté égalité Fraternité is a "sister piece" to "Athena" click HERE to go to article.