This is the follow up painting to "Bravo Pueblo Abril" I painted this piece following the protest started in Venezuela in 2017. I used and implemented the method of following the events, determining the most powerful images and actors, reinterpreting them in painting and publish them close to the time of happening in social networks. People followed every two or so days I would paint a part of it, according to the unfolding of the events, and became utterly viral and even set trends for other artists that where inspired by my method.

This his has become very viral and iconic for the country and the people of Venezuela. It has been commented and acknowledged by a lot of significant figures central to the Venezuelan modern situation. As an example, here are some words "The Red Shadow" (one of the leaders of Anonymous Venezuela) gave me the honor to write about the piece: 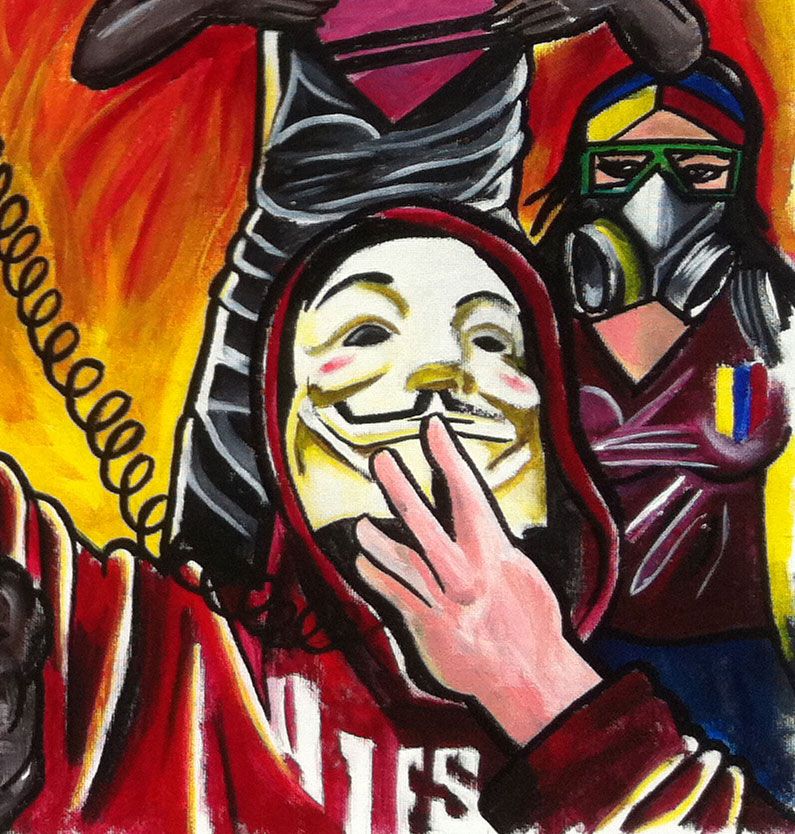 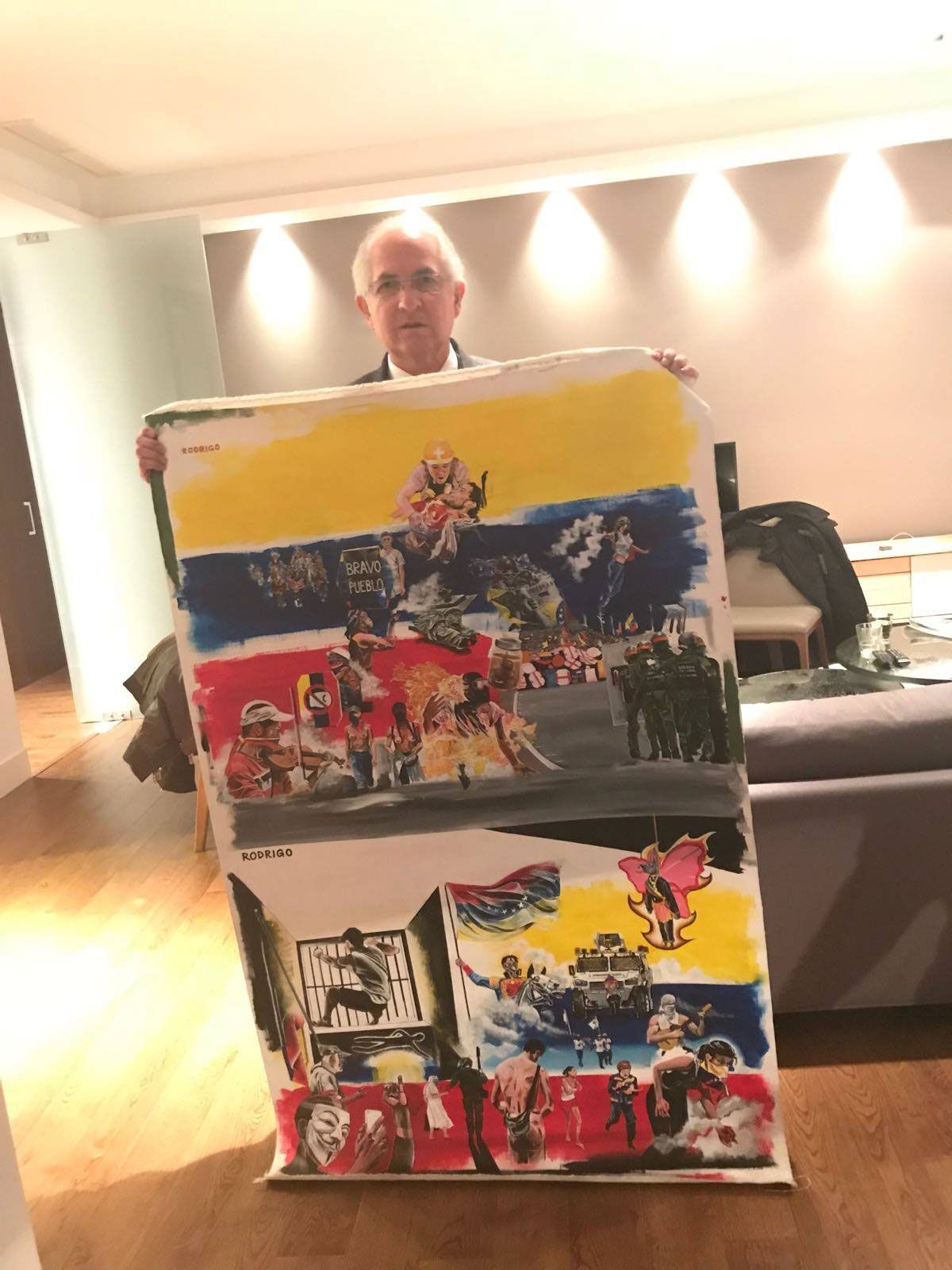 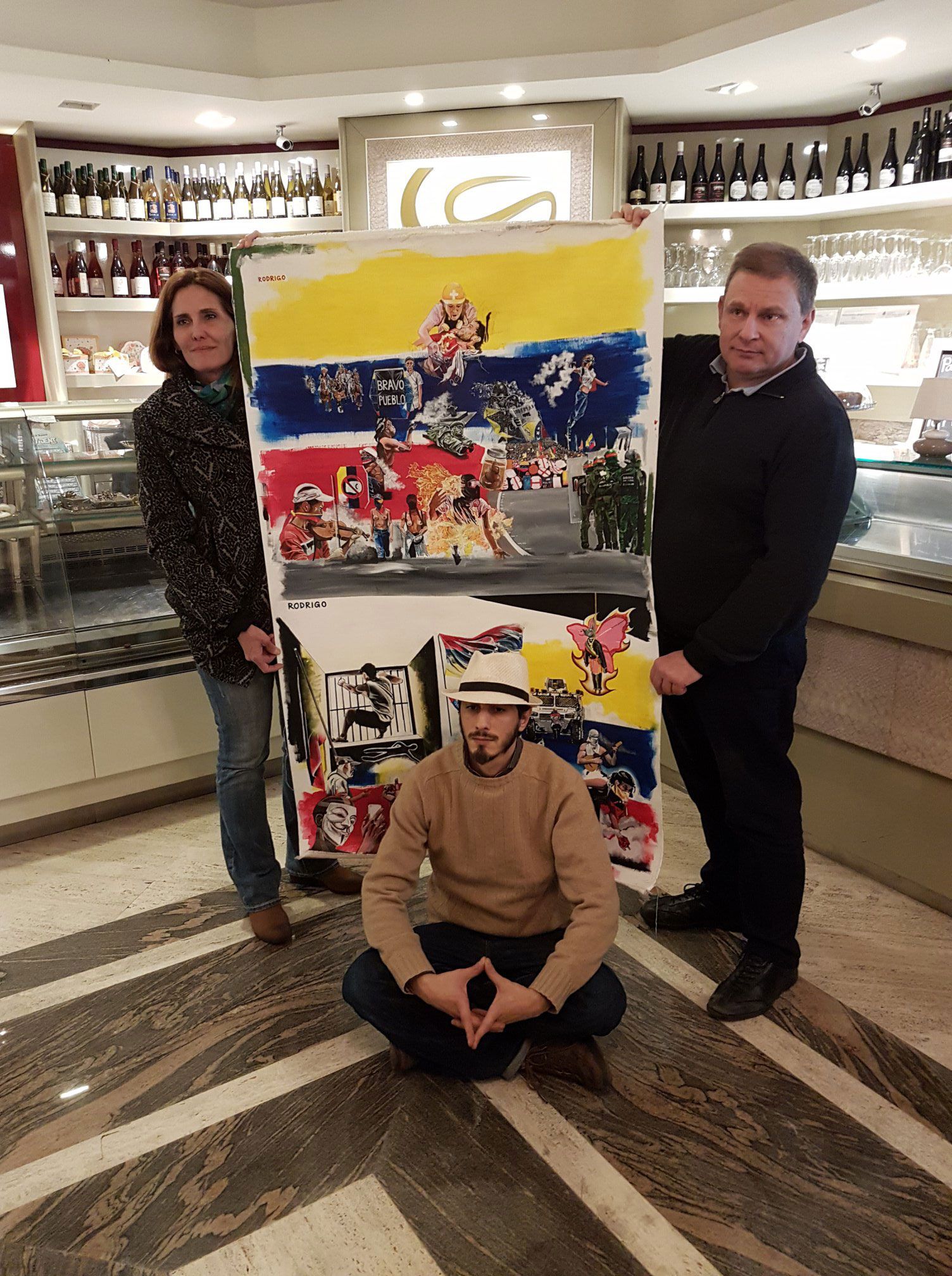