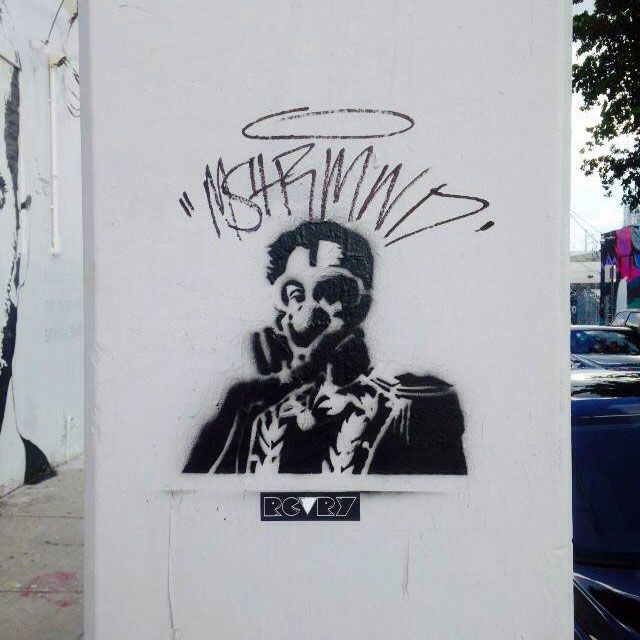 "Simon Bolivar in a gas mask"

I was lucky enough to be at Miami in December 2015 during the Art Basel period, It was the second year I went in, and this time I was there because I was invited to participate in my first collective show at a renowned gallery. The feeling in the streets of wynwood is hard to describe, I have rarely felt such a concentration of creativity and modern urban international cutting edge culture as I have felt there, maybe the Sojo of the 80's in New York would have felt similar. All the walls are full of art from the best and most significant artists and muralists from the world, there are people free styling, dancing, performing arts everywhere and most of all, a huge quantity of people who support this endeavor. Wynwood is the Meqqa of contemporary street, pop, Latin and modern art of the times. 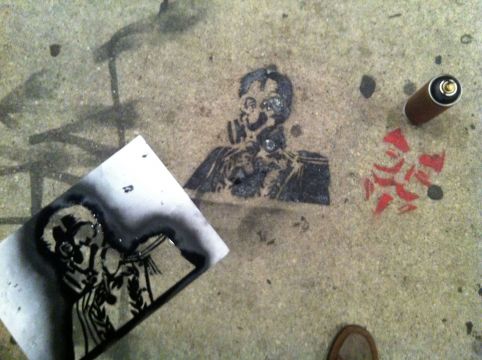 I brought along my "Simon Bolivar in a gas mask" stencil decided to leave my mark in that beautiful yet savage cacophony of creation. I rapidly realized that there was very little space left (walls are simply all covered by the best) so I saw down and realizes it was the only yet semi clear canvas to work on. I made a dozen of these on the floor, and some to the wall, you can see in one of the pictures one I made to a pole and you can see me prepare one in front of everyone passing bye and people, without knowing who or what I was up to, would come spontaneously to take pictures and ask interested questions. Some Venezuelans recognized the symbol and its meaning while passing bye straight up! It also became a viral thing, people started to spot them and take photos of them and publish them, one of them sent me one you can also see here. 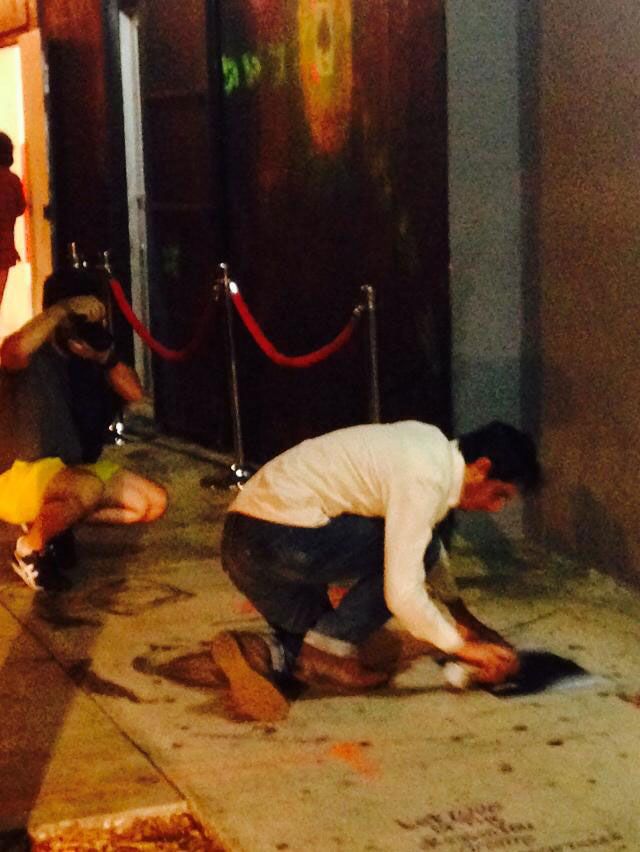 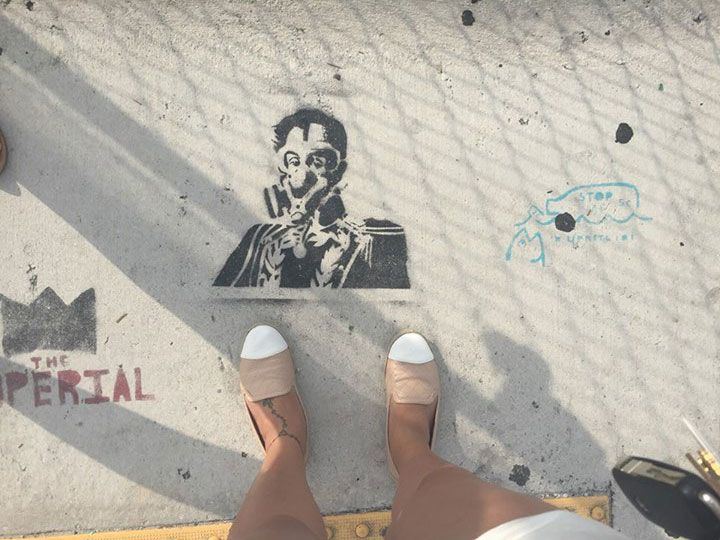 Another significant thing about the piece was this photo made by the very famous and talented Venezuelan photographer Donaldo Barros. He saw it and created this piece of art from the stencil and that makes me very proud, because inspiring people and creating common identity through symbols and art for me seems like a win-win-win. There has been incalculable uses of this image, people have made bootlegged it to t-shirts, made it profile pictures, memes and even use it as a political and social symbol of the  civil society's Resistencia of Venezuela