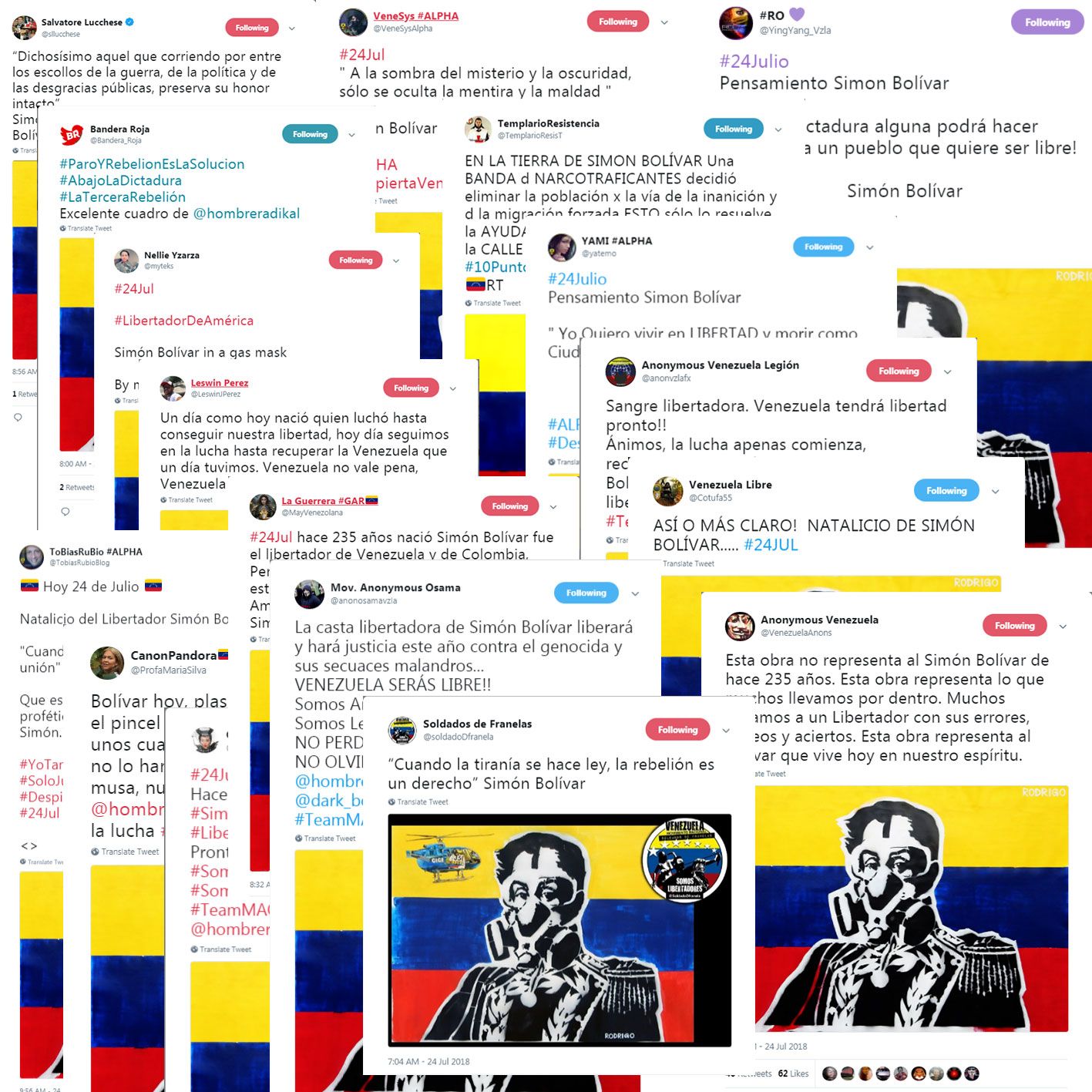 The piece "Bolivar in a gas mask" has becomed an icon representing Venezuela's struggle for freedom from the chavista regimen, specifically for the Resistance and for venezuelans in general that use it a symbol to convey the situation. Simon Bolivar was the Libertador of Venezuela and many other countries of south America. He usually stands as a symbol of freedom and rebellion against oppression. In his times he rebelled and fought  against the Spanish crown for Venezuela's independence.

Bolivar's portrait remains up to modern times the symbol of libertarian will to fight for freedom. Depicting Bolivar with a gas mask references the use of gas as a means of subjugating the libertarian spirit of the Venezuelan people by the regimen. It is a way to make a recall to the traditional symbol of his portrait in a the modern context of oppression from the regime. It is a way of saying that if Bolivar was alive and contemporary he would be wearing a gas mask and fight alongside the "muchachos" on the front lines known as "t-shirt soldiers" with wood shields, rocks and Molotov's. 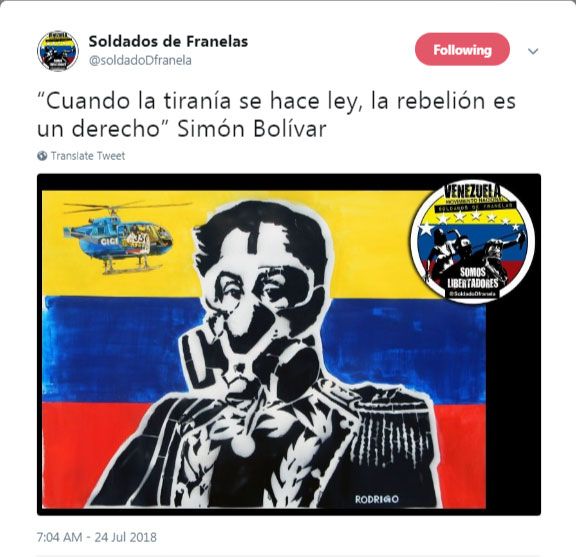 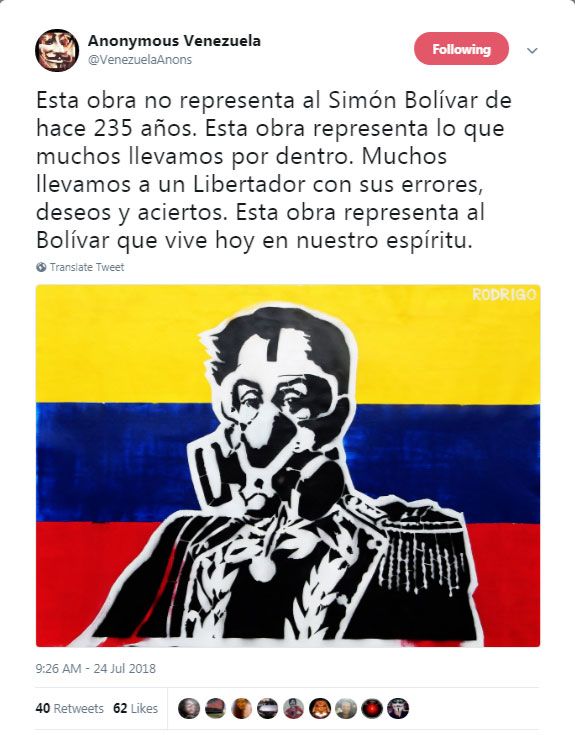 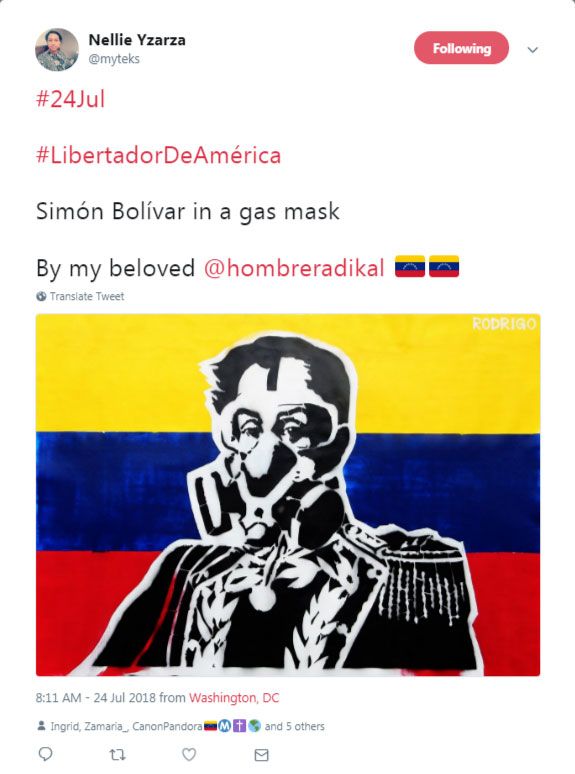 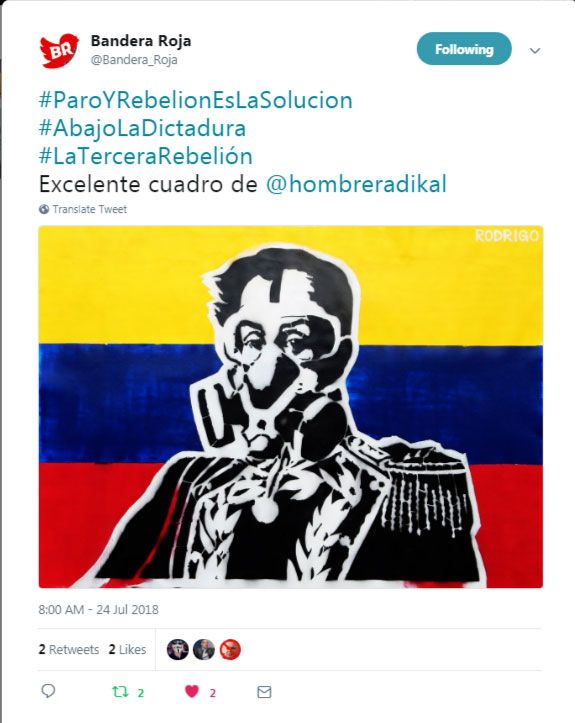 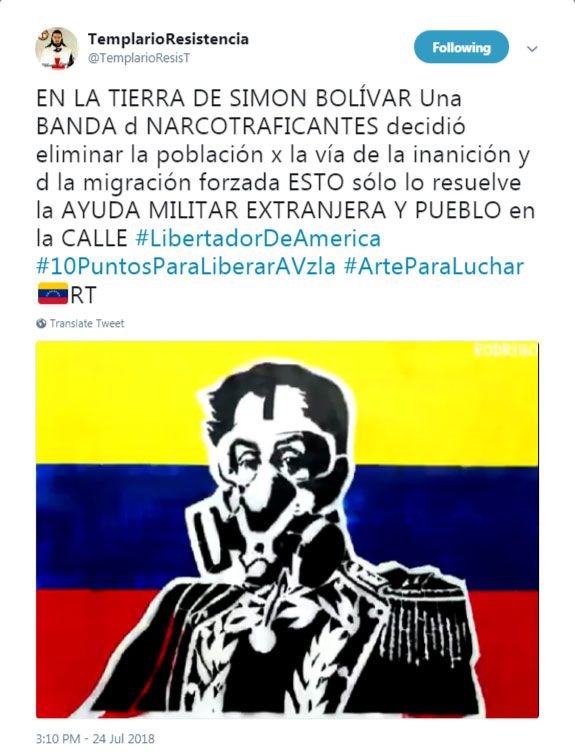 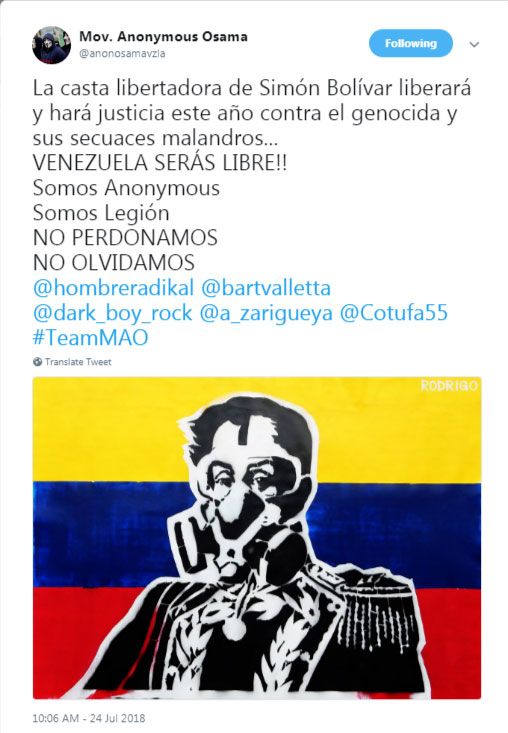 The piece "Bolivar in a gas mask" was made in 2014 and ever since it has been viral and used by people as profile pictures, in prints in protests and even tattooed by many. This 24th of July 2018 was Simon Bolivars anniversary date and many important influencers accounts from Venezuela's blogosphere used the image to illustrate their tweets and to pass a message of hope and wishes for freedom, this made the piece a reference and a modern symbol, as stated before, that became utterly viral and produced common identity and comprehension of the situation of crisis that undergoes Venezuela.

This is meaningful  in the sense that even influencers from different parties that dislike each other used it as a common denominator, from extreme right to extreme left passing through all other tendencies (anarchist, democrats, radicals, etc). All these tweets were produced the same day (24th of July for Bolivar's anniversay day) This is a form to expose art using the new technologies that goes way beyond the simple exposure in a physical place. This makes the piece "Bolivar in a gas mask" a sort of cultural and ideological reference for the whole Venezuelan people. In this article were selected a series of the most representative tweets to illustrating  this dynamic. 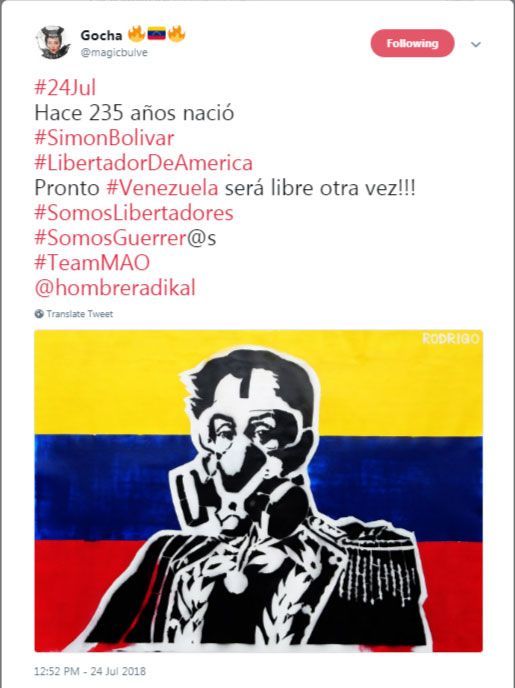 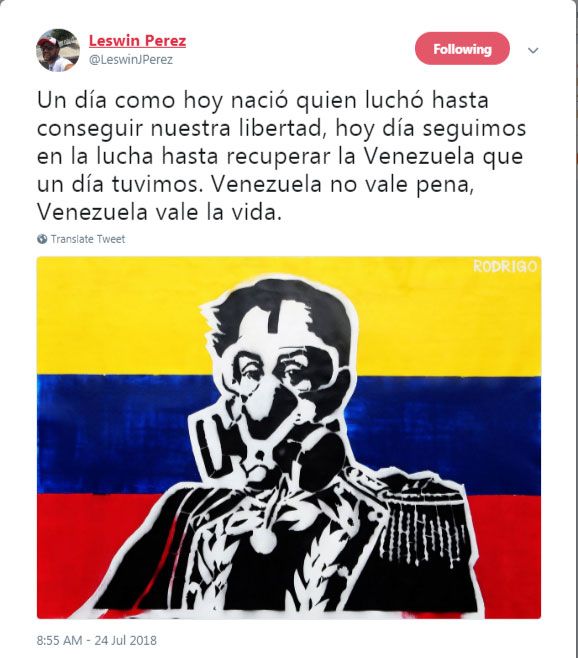 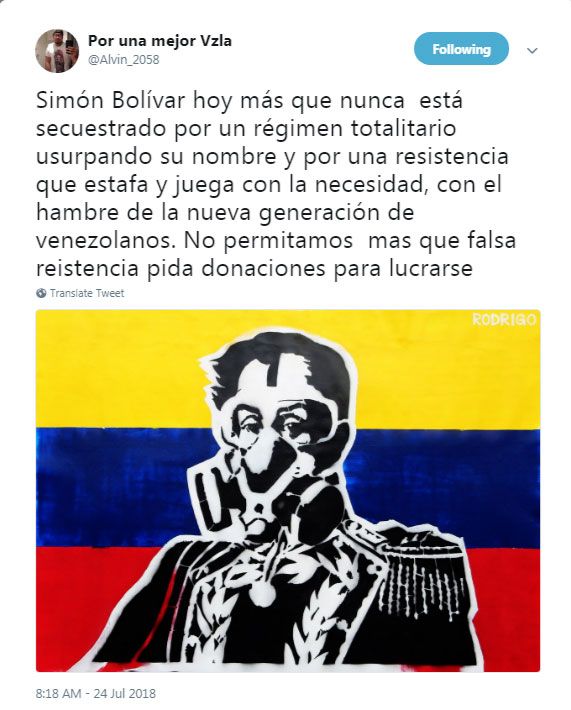 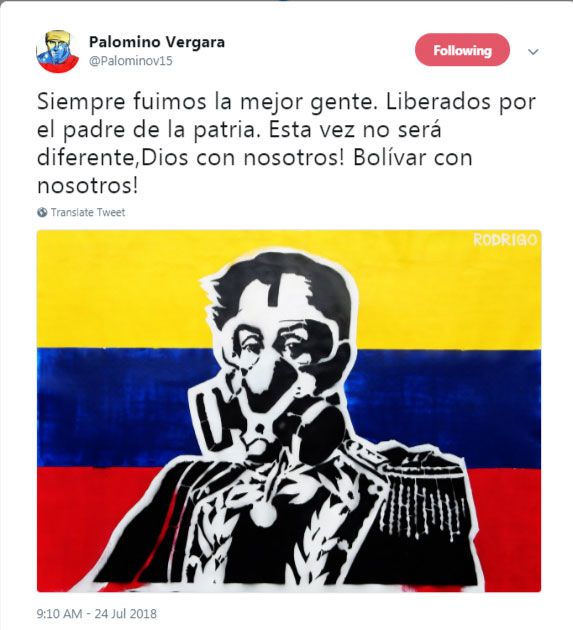 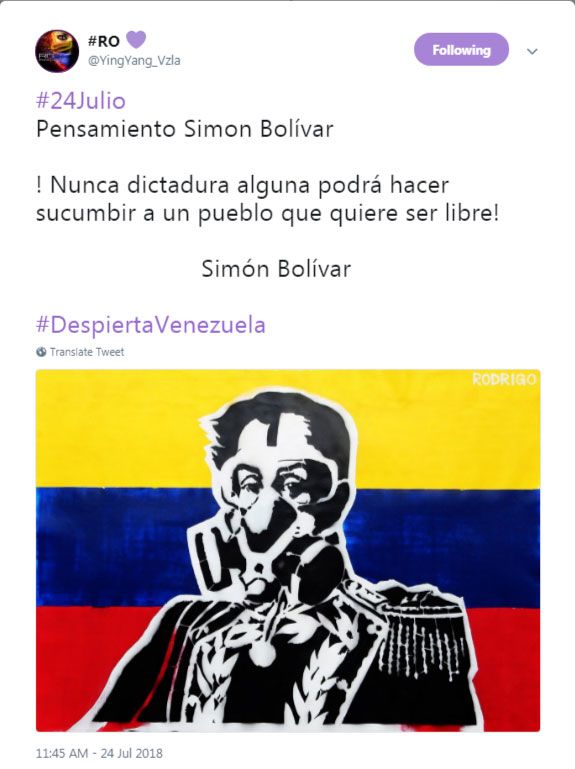 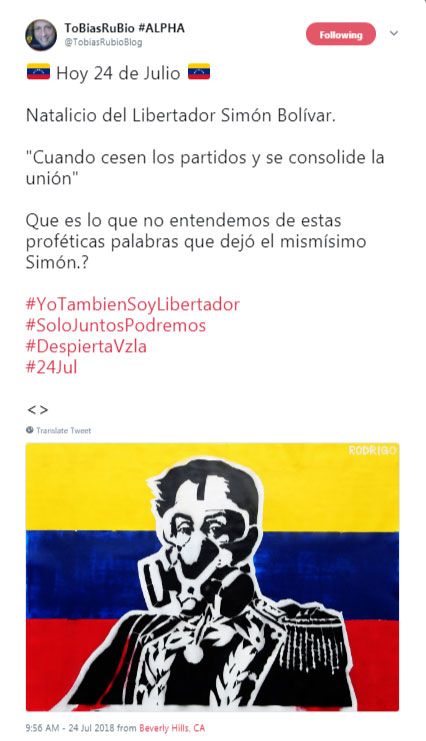 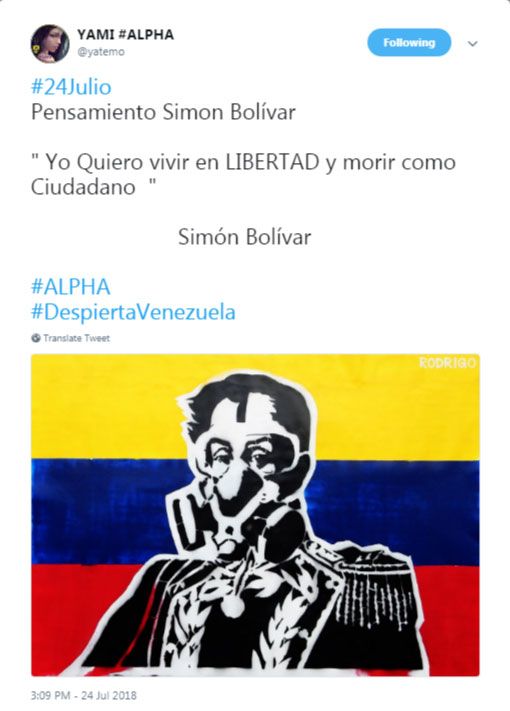 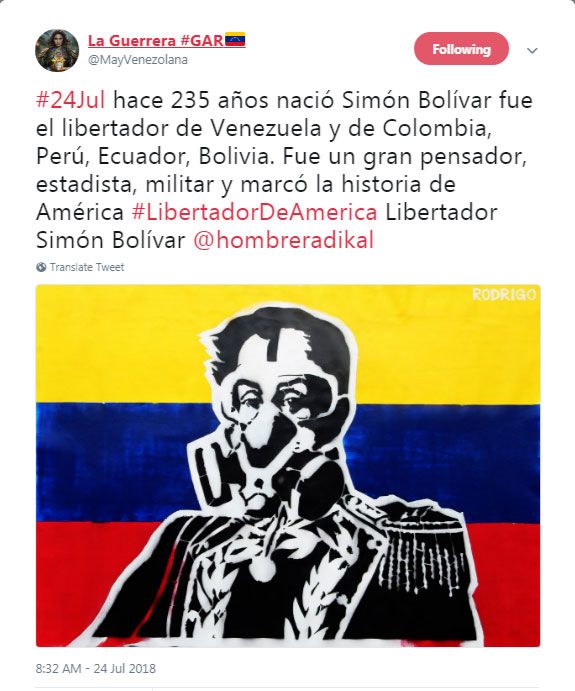 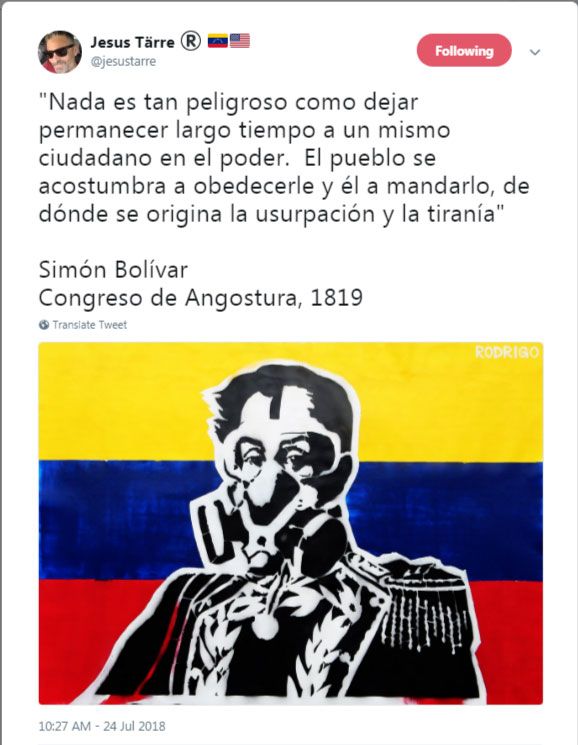 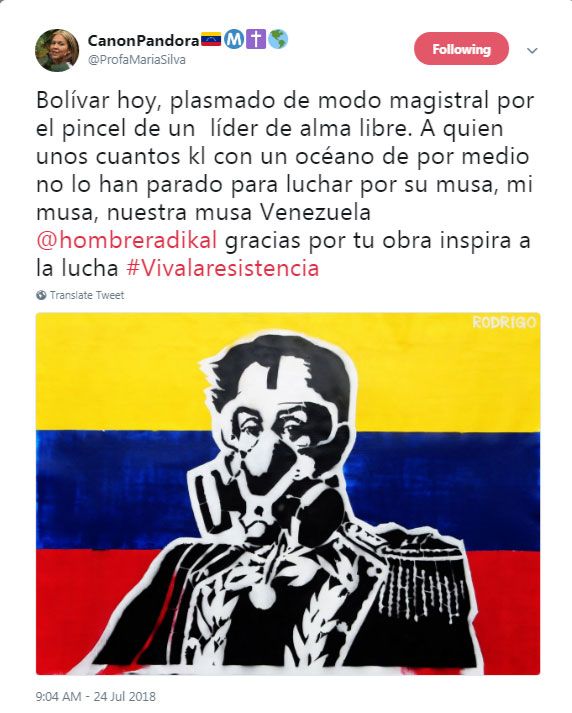 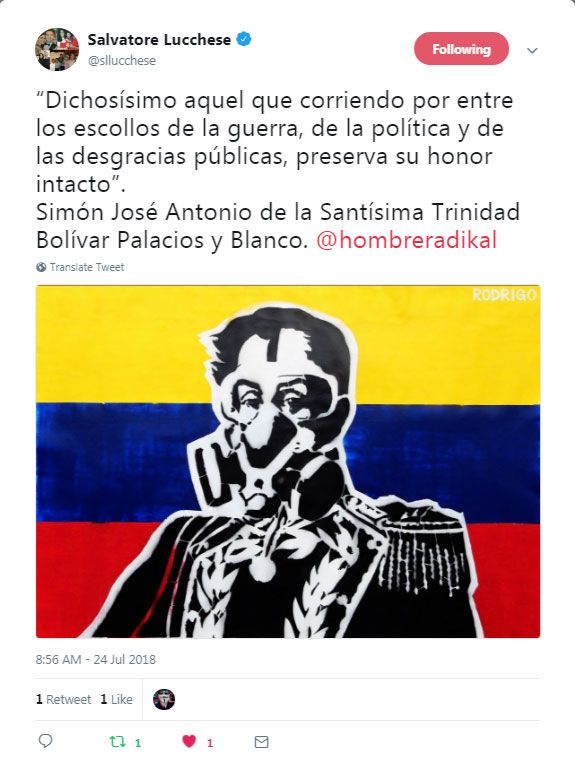 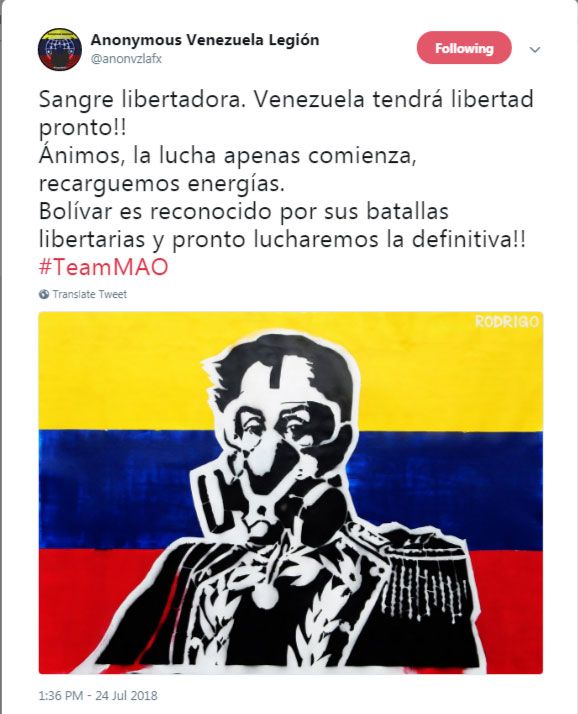 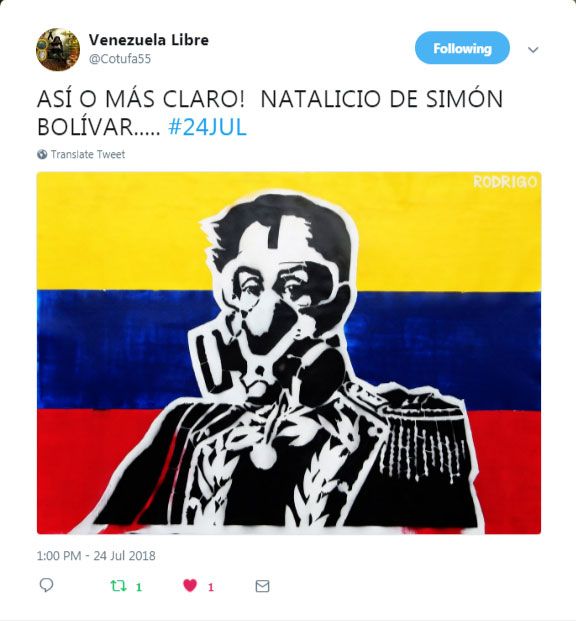 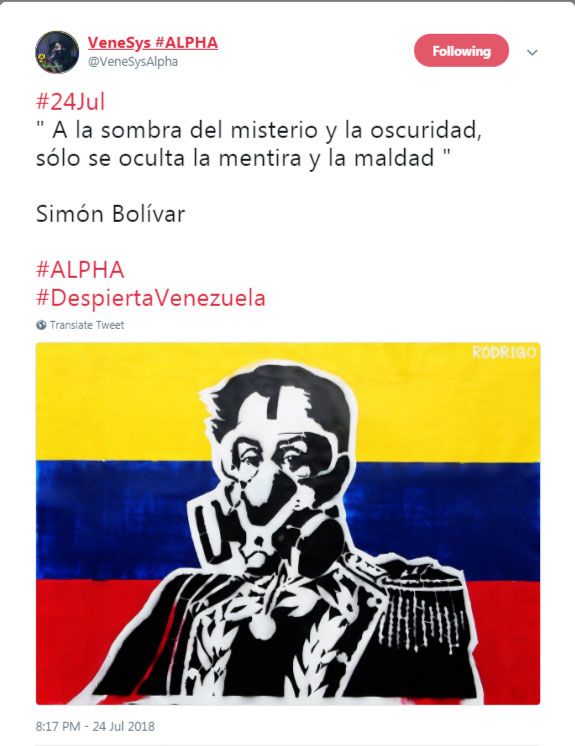