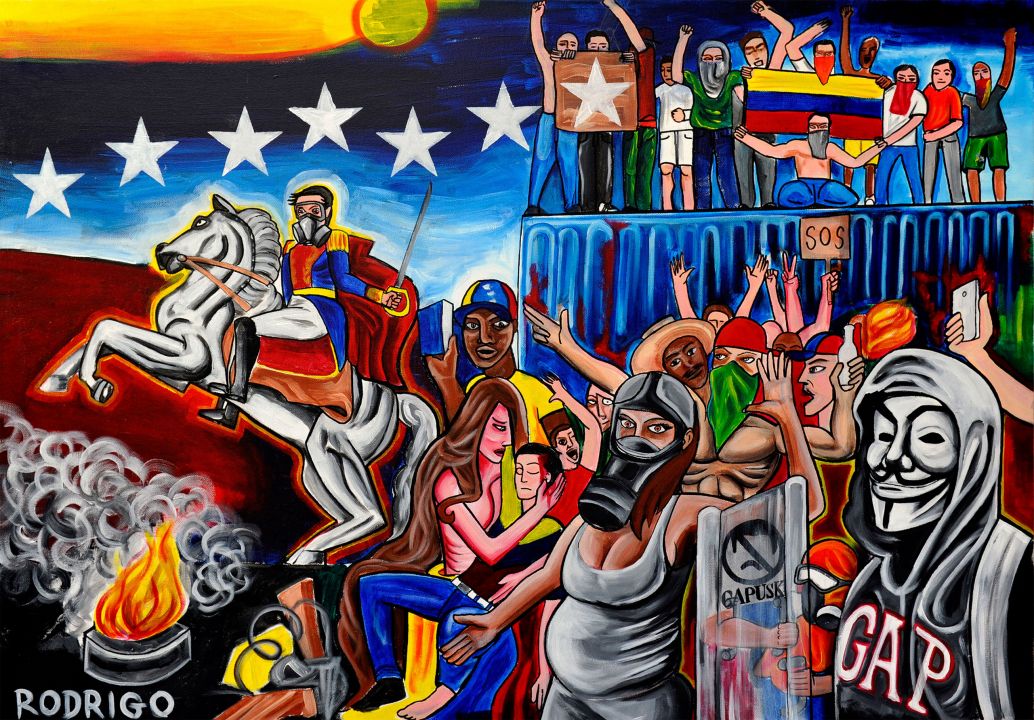 This is one of the most important pieces for me, It became an instant icon when I published in social networks in 2014. It was the first creation through painting and technology to put the protests of Venezuela in art. It opened me doors to high level militancy with Anonymous and recognition and admiration from a whole generation in Venezuela. This piece is historic for Venezuela. It represents the protests of 2014. It is full of symbolic and meanings. The BBC published it in an article describing it as "one of the most representatives pieces of 2014".

Another very mentionable important thing about this piece is the fact it was my first big time piece existing to a massive scale thanks to the new technologies of social networks. The viral reach record set by of this piece in social media is hard to measure but very meaningful, specifically for Venezuela, this piece is known by millions of people and it's considered by many as a symbol for the country's identity and history. 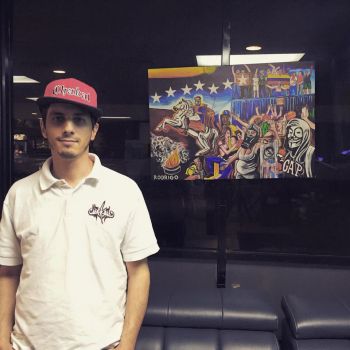 One of the 3 only existing copies of Batalla from 2014 is at the Venezuela food restaurant and political nerve center of the diaspora of Miami in Doral "El Arepazo 2" (Florida). This piece was stolen from an office in 2018.

That same year it won 2nd price of the "Accademia internazionale Alfonso Grassi" and was 1st exposed at "Miami River art Fair" in 2015 in Florida, USA. There's one copy of it at "El Arepazo 2" in Miami which is the central place of Venezuelans for politics in Doral Miami. This piece is waiting to go back to Venezuela because it's where it should be to make a statement for history, it has been signed on the back by mayor actors on the Venezuelan situation. I'm very proud and humbled by my people and the interaction making this piece produced for both. 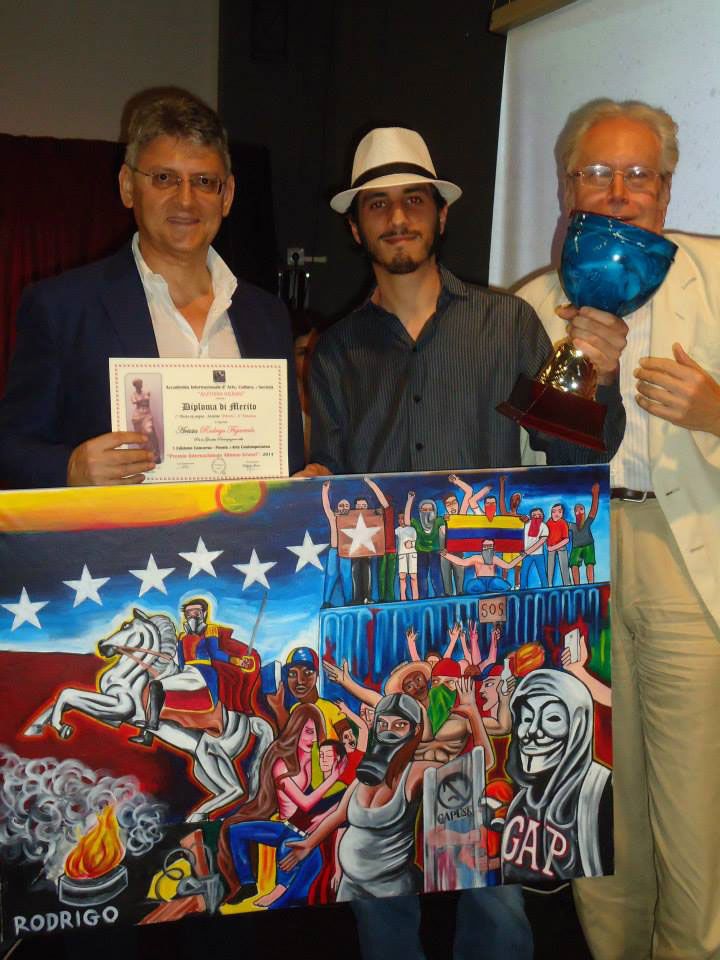 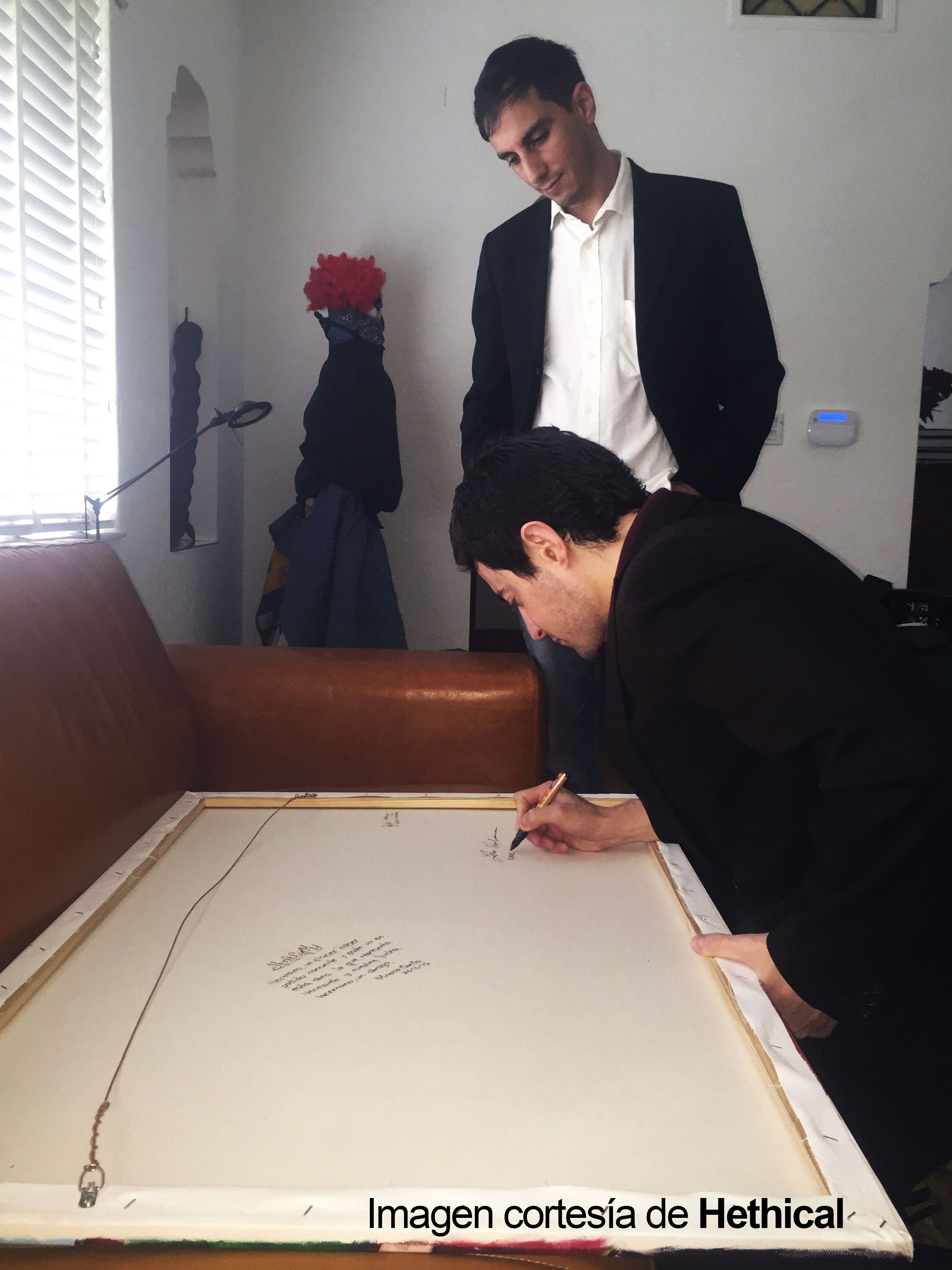 Thor Halvorssen signing the reverse of "Batalla" in Miami 2014. That same day I gave in the sister piece "lucha Anonima" for the Human Rights Foundation libertarian art collection 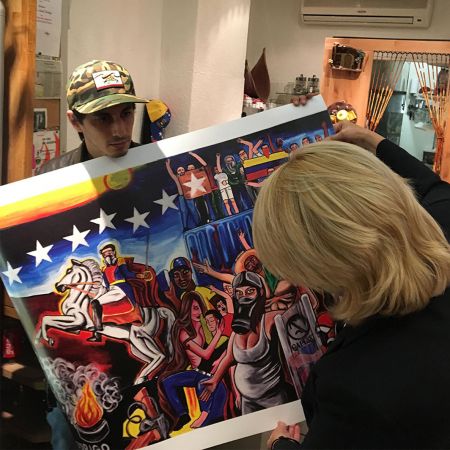 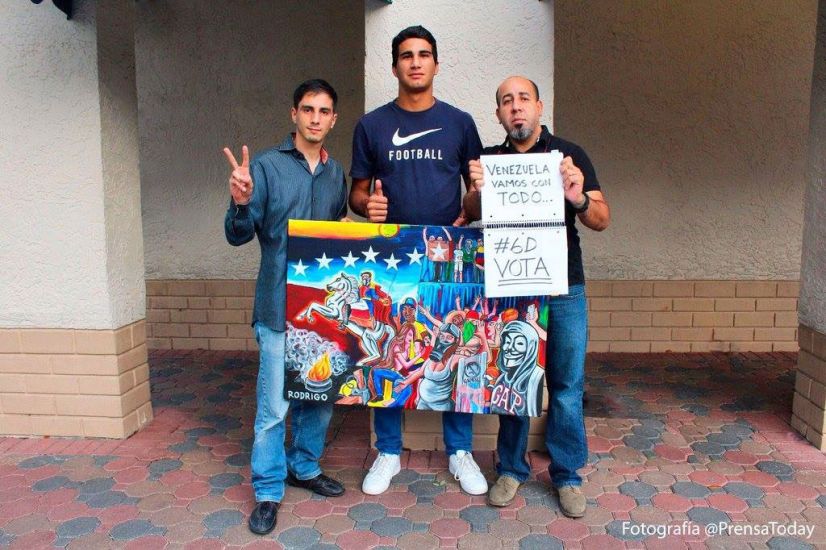 With the political refugee and student leader of 2014's protests Marco Coello and Christopher Bello Ruiz, an ethical hacktivist and a human rights activist also persecuted by the regime wiht "Batalla" in Miami 2015.

This is a screen shot of the BBC's Article that opens with the piece "Batalla" in late December 2014. The author considers it to be one of the 10 most representative images of 2014 and the article makes it the first image. It also sites me "It would be an honor and a historical justice to make them known" when I argue the importance and the cause of the "Soldados de Franela" and Venezuela's people illustrated there. Art as testimony, but also as a form of act of rebellion and an instrument to fight for a cause: Freedom. 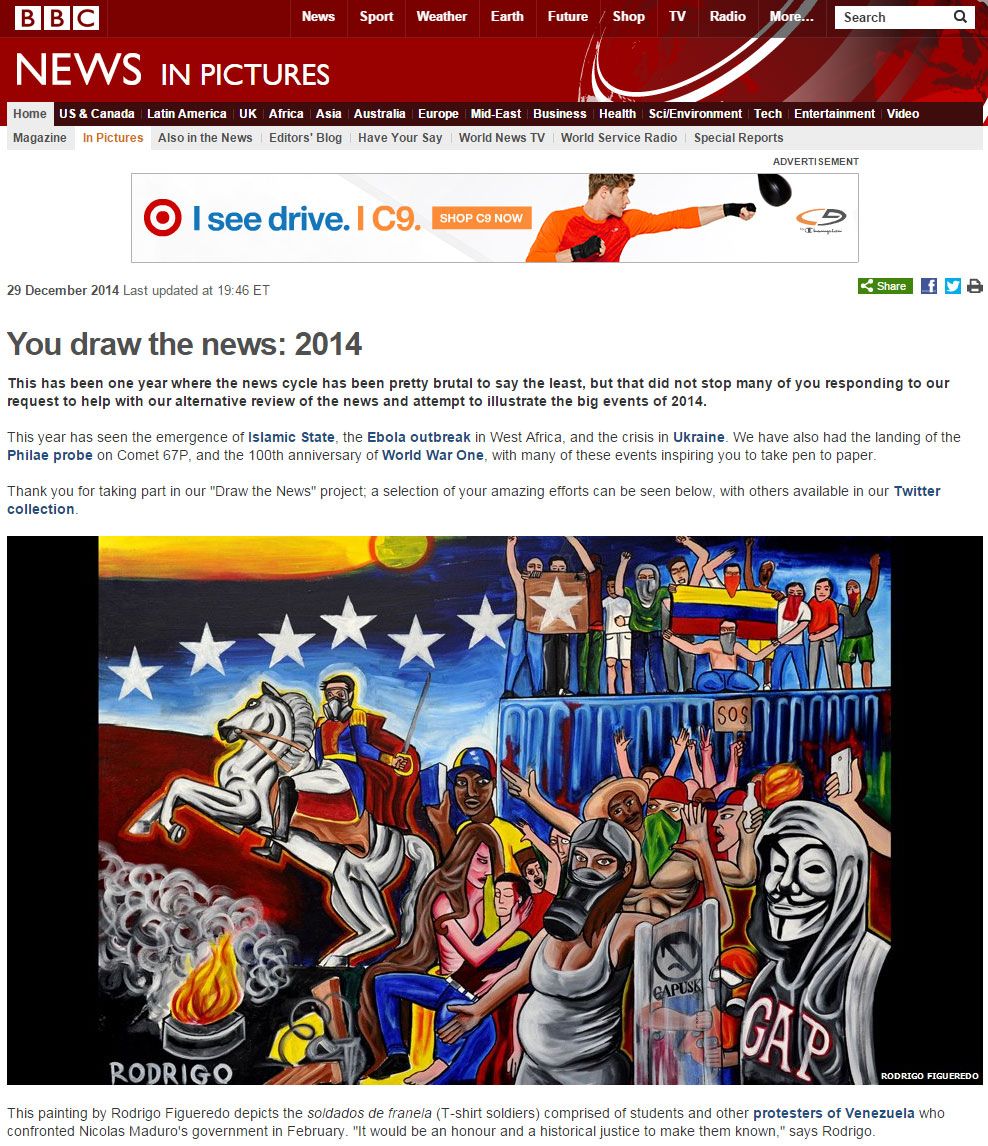