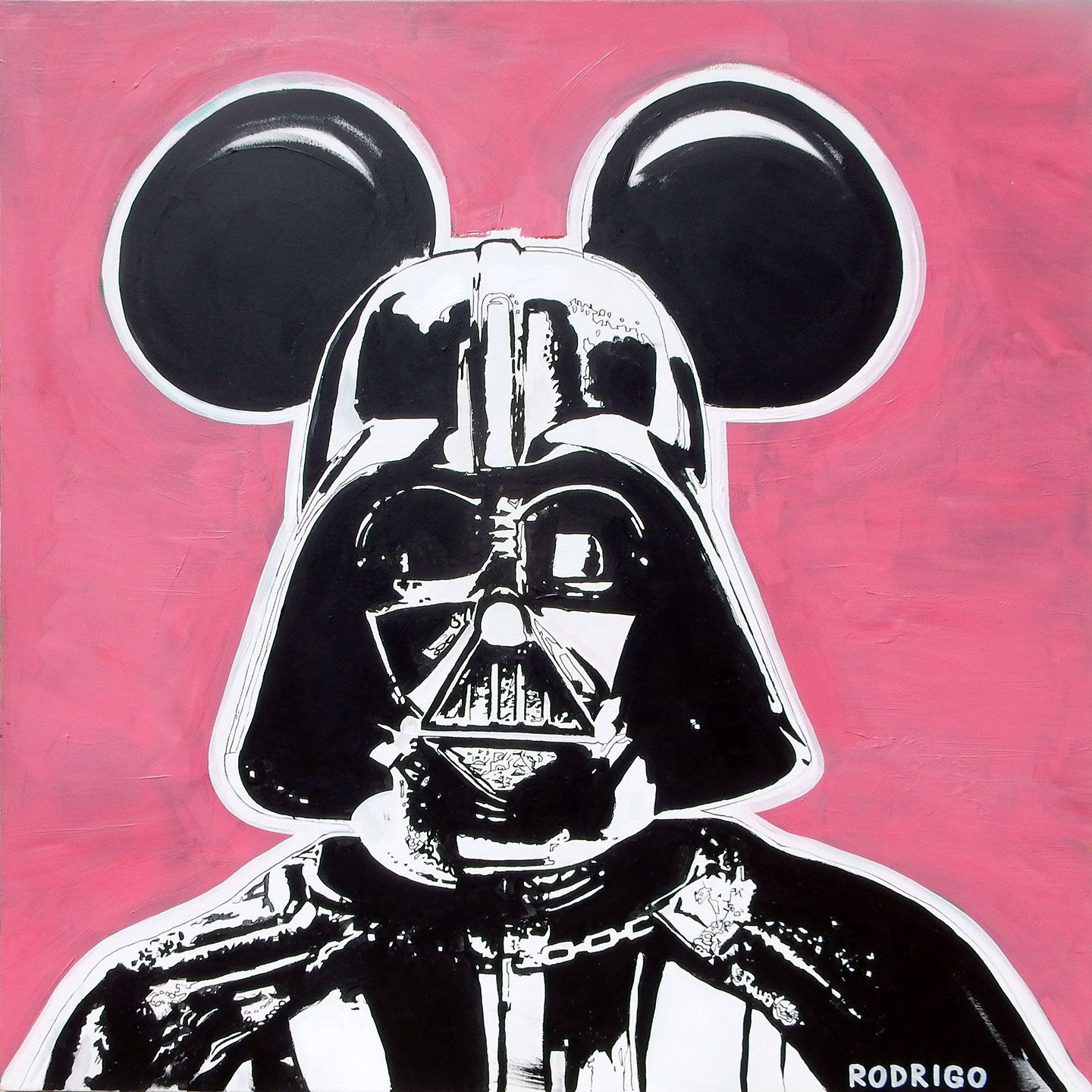 In 2012 George Lucas sold his baby "Star Wars" to Disney. He sold his company "Lucas Arts" that holds the franchise to the "star wars" universe and trademark to Walt Disney Pictures. The piece "Darth Mickey" is a take on that fact. This piece aim is to raise a conversation on the different implications and interpretations of that. For me Star Wars original series were a metaphor for independence Endeavour with cooption of difference, whereas Walt Disney for me represents central corporate unified and standardized production.

Darth Vader is also a very strong icon of Pop Culture from the eighties. It stands for a symbolic depiction of the condition of society, both as a whole and as an individual. These are deeper issues and thematic that a production based on standard like Disney, would not go into too much too keep the creative product broad and with a large common denominator. Thus changing the original meaning and adding it a new one. This is what I meant when I made this piece, I chose a pink ugly color to enhance irony and add it the Mickey mouse ears to symbolize the change.