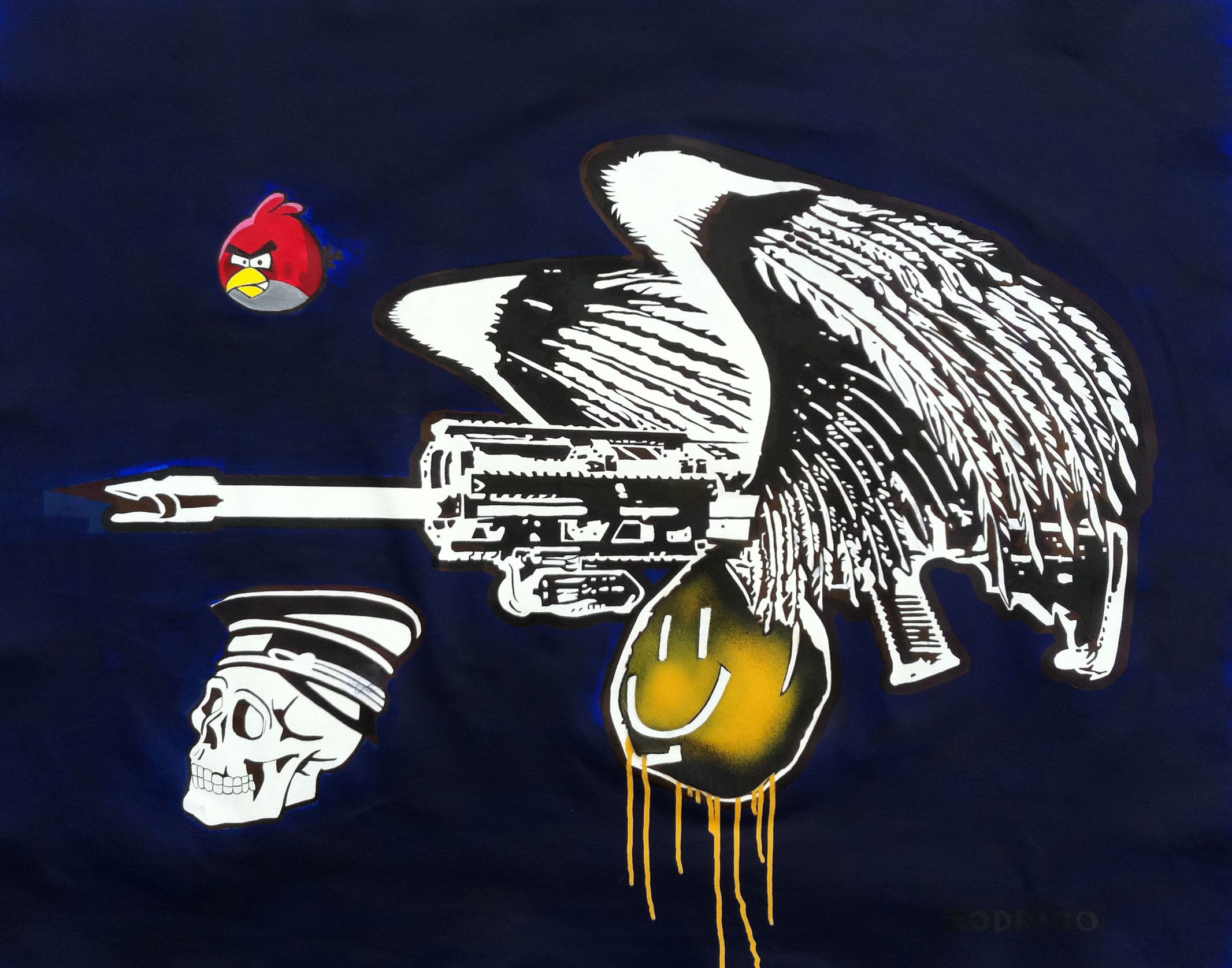 Long Bird of prey" is a follow up piece to "Twitter open season" in fact, it's its sister piece. It uses the same method, construction and symbolism of the first applied to a different thematic. In Twitter Open season the message is related to denouncing injustice and censorship through violence and criminality and this piece does the same in the context of the suppression and repression of unhappy people in the USA and specifically the afro American cause that year inspired me with the creation and developing of the black lives matter dynamic after the sad killings of innocent people, due to resentment and stereotyping judgment and violence by a state that seams almost fascist. That is why I used the skull with the fascist hat here and the communist hat in "twitter Open Season" as a symbol of context in where the Bird of prey (winged assault rifle) represents the threat and the angry bird the victim. 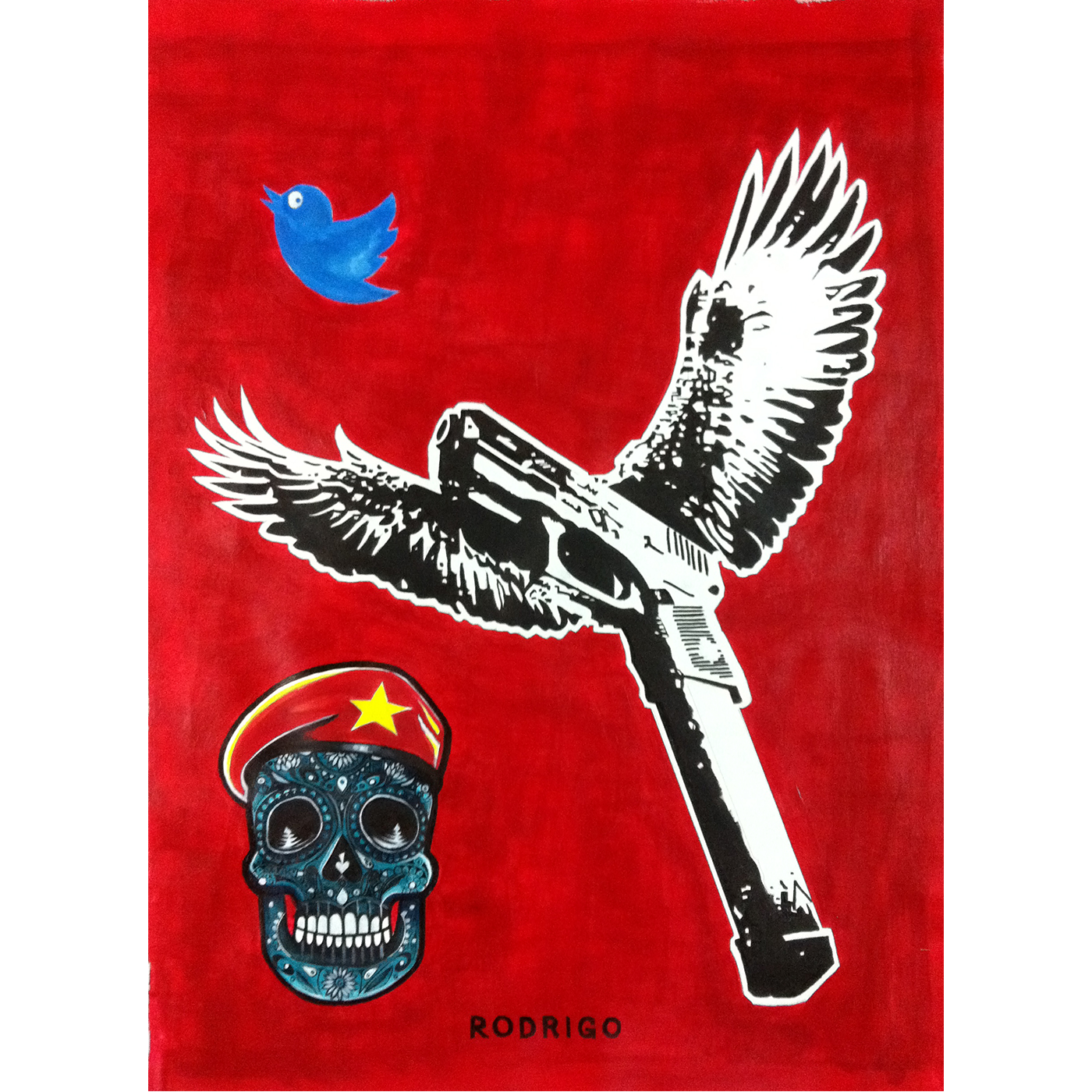