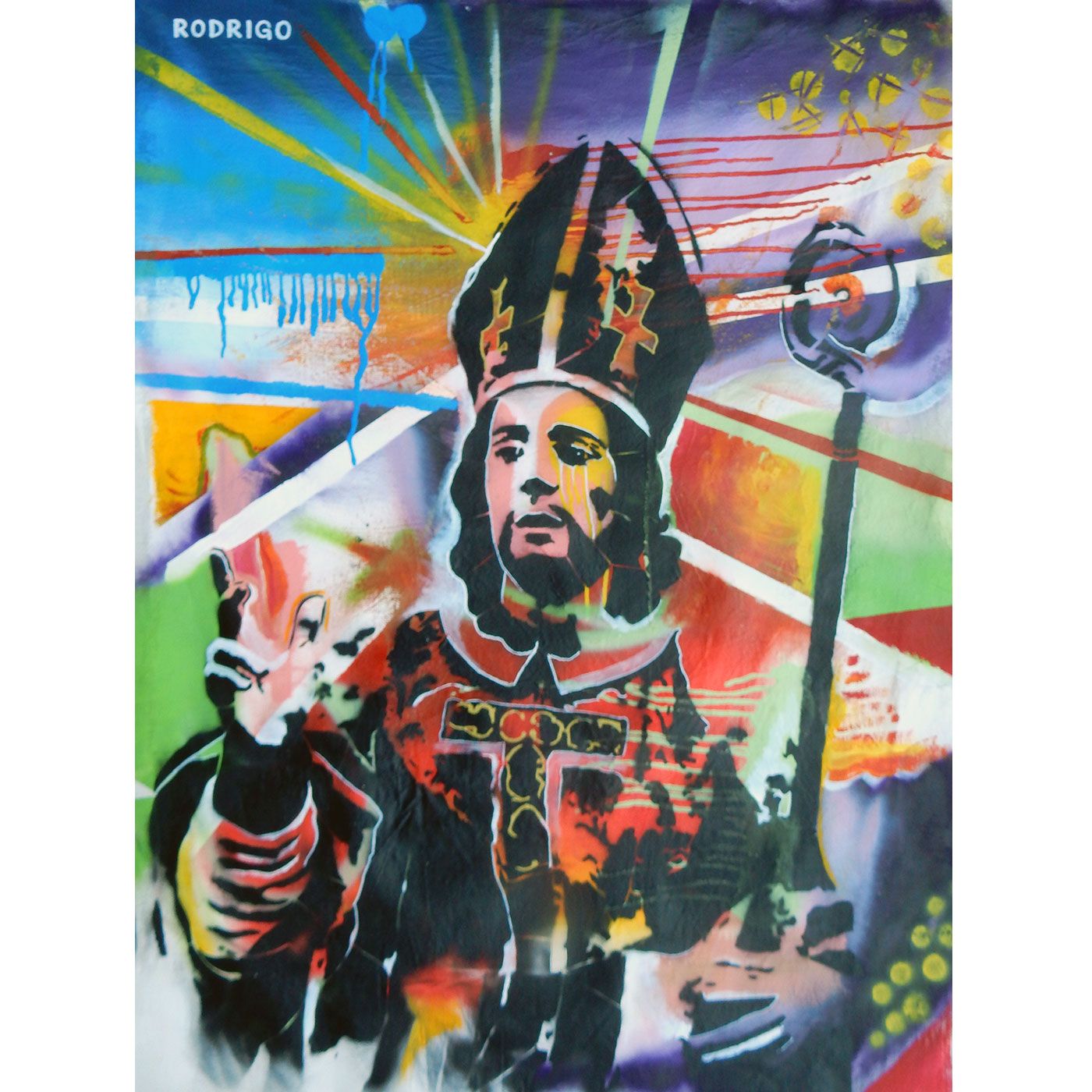 I made this piece in 2016 at the very first "street art" event ever held in Marsico Nuovo (Basilicata) I was very concerned about the way that this deep south of Italy town, with it's extremely closed and conservatory culture react to innovation and the coming of the globalized world. In this picturesque town, San Gianuario is the patron saint and i decided to use his iconography to pass a message: It cries because there's no openness and potential for young people's modern culture to grow, specifically in the cultural sense.

I decided to revamp and update the image of the Saint by painting it in a modern way. The reaction from the people was incredibly positive and they made it their own, young people putting it as screen savers for their smart phones to the general people of th village asking me to lend so that it could be displayed and shown at the central bar of the town in a proud and integrative way. 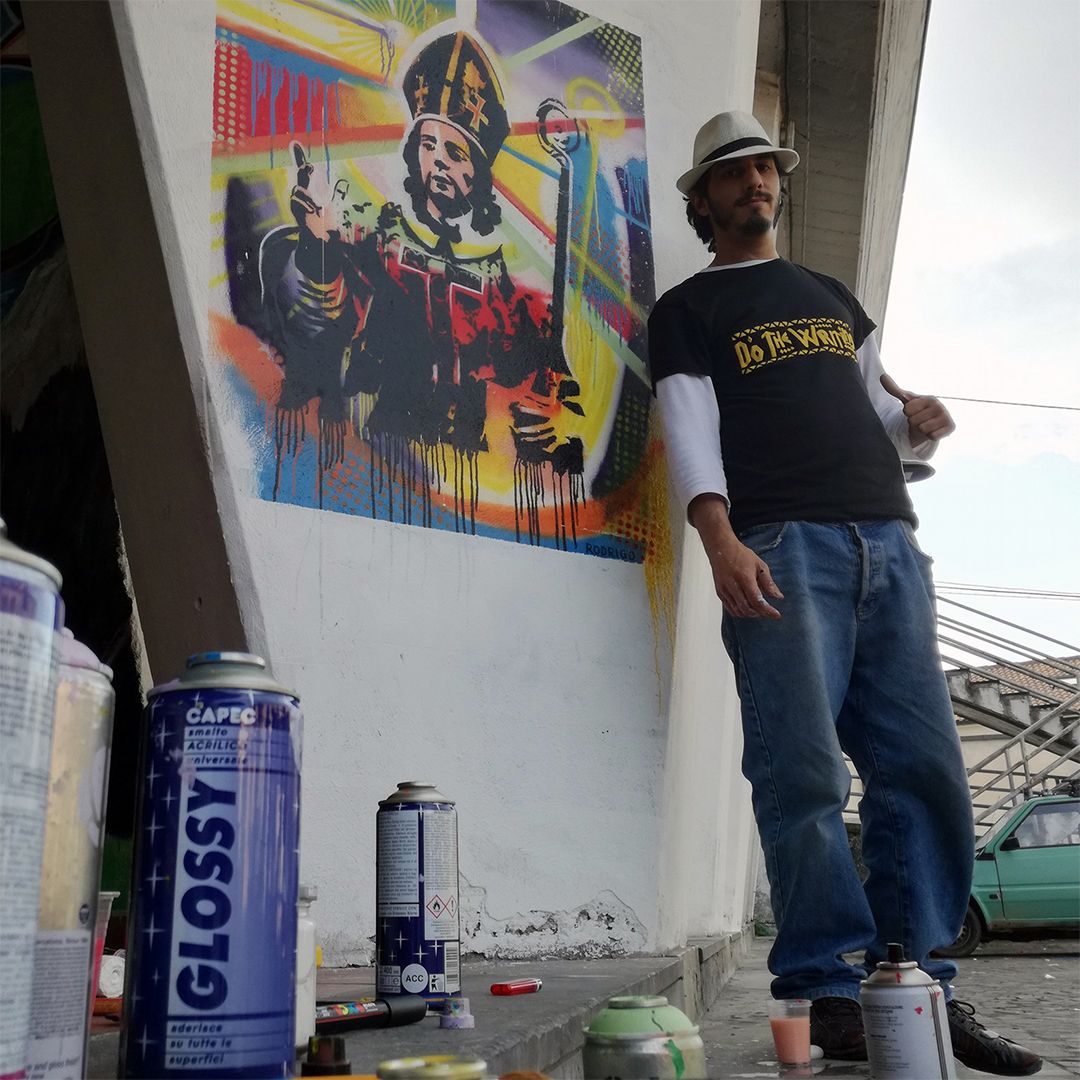 In 2016 I painted this unique version as a Mural in Marsico Nuovo for the second edition of "Do the Writing" Click HERE for more about it. 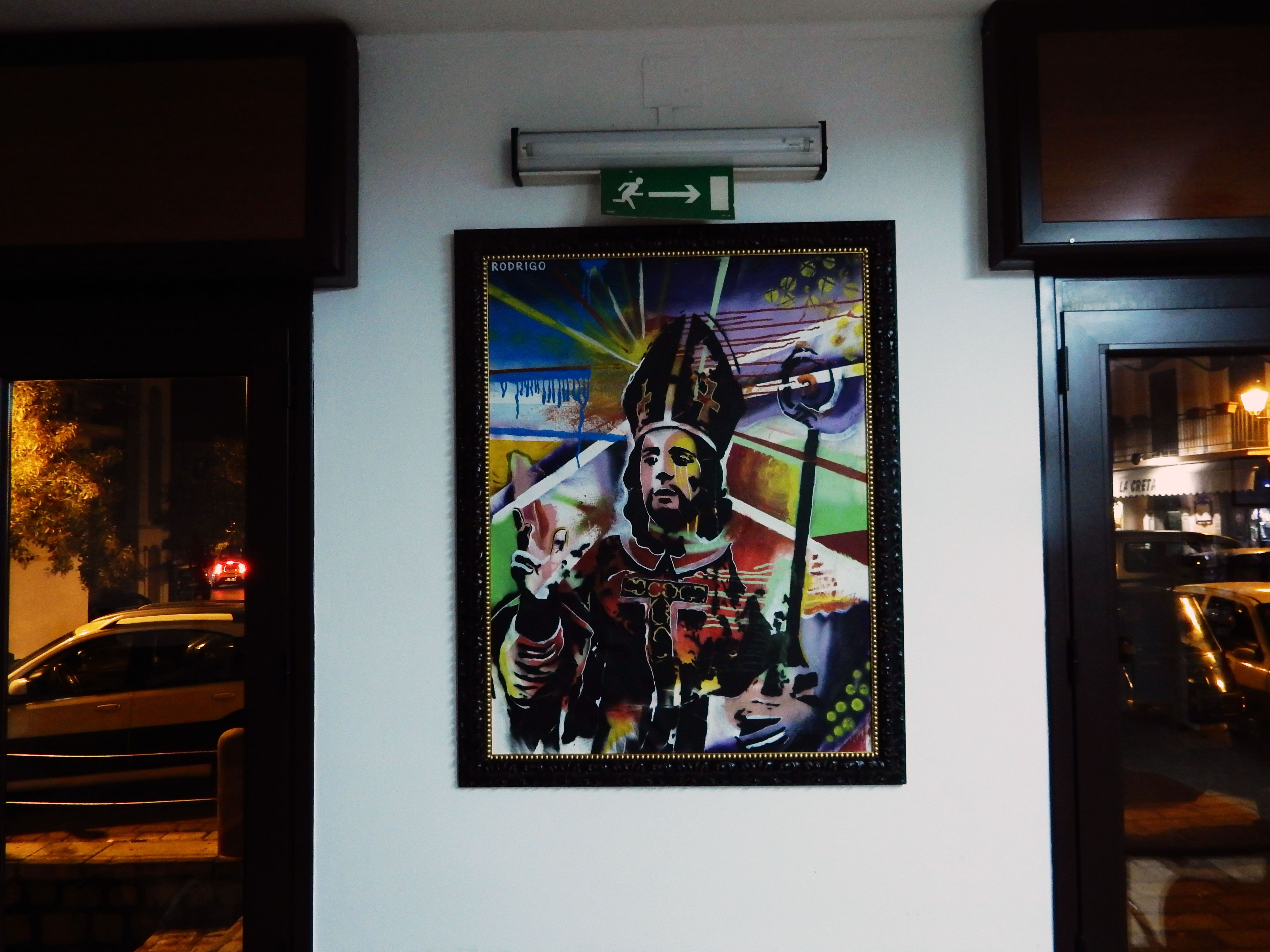 The first and original version of "San Gianuario piange" is proudly displayed in the central bar of Marsico Nuovo to stand as testimony of relations between modernity and tradition.

For me, this is one of the most significant pieces I've done, It took me a long time to prepare the stencil taken from a photography of the statue of the real saint Patron of Marsico Nuovo, the village from where my grandfather and grandmother emigrated from to Venezuela, where my mom grew to become the wife of the Venezuelan minister of foreign affairs and having me to become a global multicultural citizen who came back generations after to mix, bring and add create something new from that old originary culture that (as my venezuelan roots and swiss education) is also running through my veins.

It has also been a significant mile stone for me that a version of my "San Gianuario piange" (n°3 on canvas) was mounted and proudly displayed in the "Sala dell Consiglio" of Marsico Nuovo. Marsico is the home town of my grand father and grand mom from my mother's side that migrated to Venezuela in the 30's, coming back 2 generations after to bring my differences and add to the local identity and culture for me it's proof that relations enrich and are completly integrative. This was also a rare momment of synergy where political views don't count and identity is shared rather than confrontational.