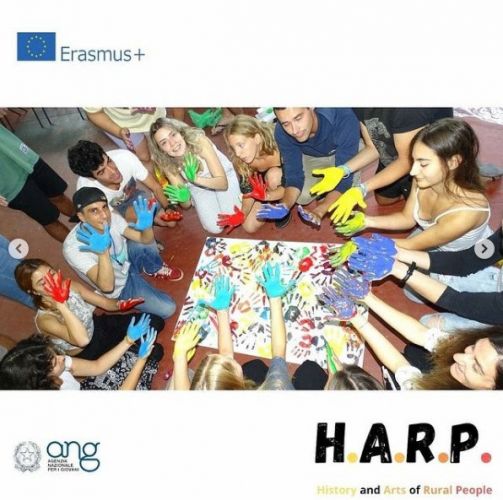 I have a friend couple in Val d'Agri called Genaro Napoletano and Valentina Marsicovetere, Genaro is from Naples and Valentina is from Marsico Nuovo, I'm Not making this up, it's just as it's spelled and told. My maternal grandparents where from Marsico Nuovo too, they migrated in the 30's to Venezuela and never came back, but now here's the thing: two generations afterwards, an italo-venezuelan Figueredo with just relative ties to Marsico Nuovo is here too (for quite some time now) and we share a common goal and trait, we are determined to develop culture through creativity and to promote social interaction between the locality and the world and vice versa.

History and arts of rural people. 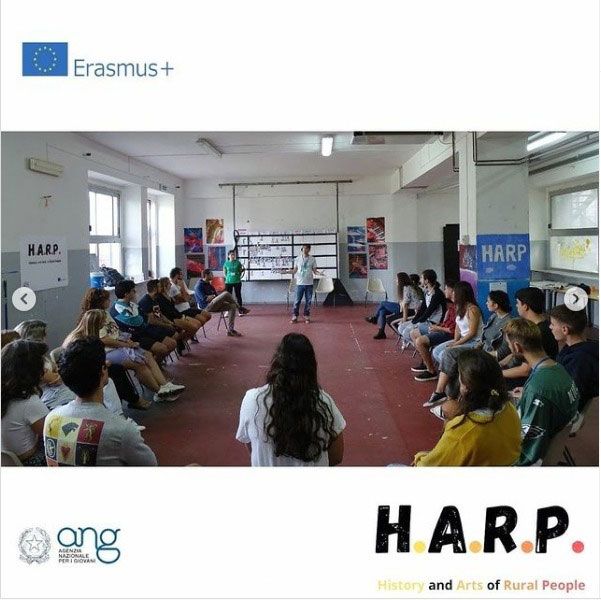 My friends Valentina and Genaro told me about this idea to bring young people from Europe to Marsico Nuovo, something that, believe it or not had never happened before 2021. This town (even though it was recently given "city status") is suffering from a lack of youth, as simple as that, there are literally and figuratively very few young. As soon of girls and boys can leave the town to study and work in the cities they don't come back. They don't come back for many reasons, one is lack of opportunities and the other is the stiffness, immobility and cultural rigidity that hinders innovation in order to propose local policies that can have a positive effect on the population as a whole. Going back to Genaro and Valentina, even though they had to confront mayor apathy and defeatism they made the idea real and brought 25 kids young people from 20 to 25 to revalorize the town and wishful to learn and know all about it. 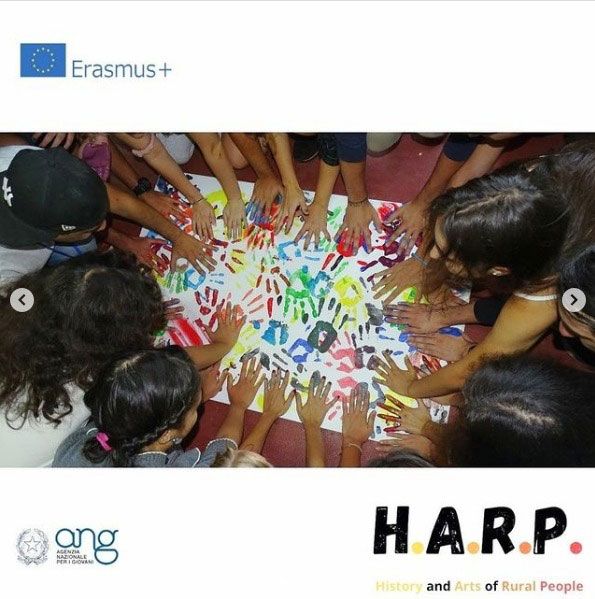 This has a very real promotional outcome for the town, kids from Bulgaria, Portugal, Spain and Greece came for 9 days to participate in a program entitled "H.A.R.P" which stands for "History and Art of Rural People"... Then again: I'm not making this up, It's as it reads... This project is an obvious win-win for the locality and the international community.

This European Union's Erasmus + project had many good consequences and significant teachings and experiences. I was proposed to come for an activity for one afternoon and I ended staying and helping me all the rest of the days they stayed. I was given the opportunity to share my experience and now-how as an artist to European people from the perspective of an international artist that creates but also stays and promotes the cultural development locally.

I made a sort of seminar with the European kids where I explained how do I use my art and new technologies of communication like social networks to make human rights militancy. I also spoke to them on how I introduced modern art to the very traditional and conservative town of Marsico Nuovo in particular and to Basilicata in general. We made a piece together that consisted in making all the participants stamp their hands on a canvas to then apply the stencil of San Gianuario (Marsico Nuovo's patron) on top of all the prints. This stands as a symbol on many layers that we then decided to take to the church to show to the local priest in a sort of "procession" of kids coming from all over Europe to build something together with the local culture from an international perspective.

So we head on to the cathedral and there's where the miracle happen! For the first time in 8 years I've been living here one of my modern art pieces depicting the local and traditional old symbols entered the premises of the church officially and it was permitted (to my grand surprise) to display the piece alongside the relic of the real San Gianuario! Needless to say this is a first and very meaningful milestone for me as an artist and for the town's history and cultural development and perpetuity. 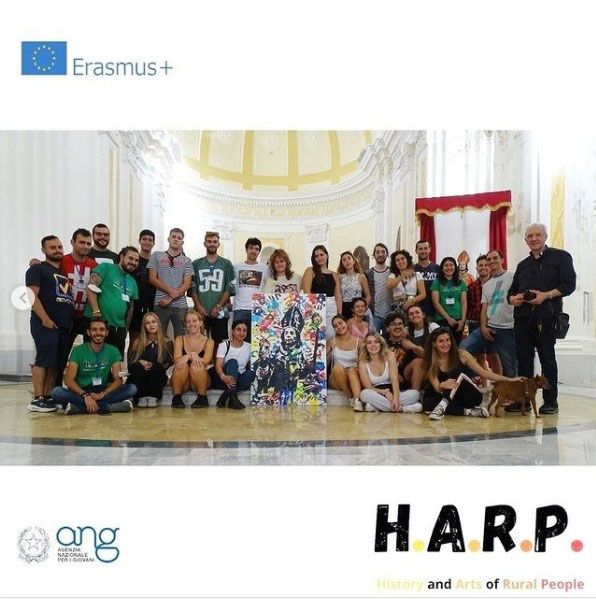 Thanks to HARP, Europe & Marsico Nuovo