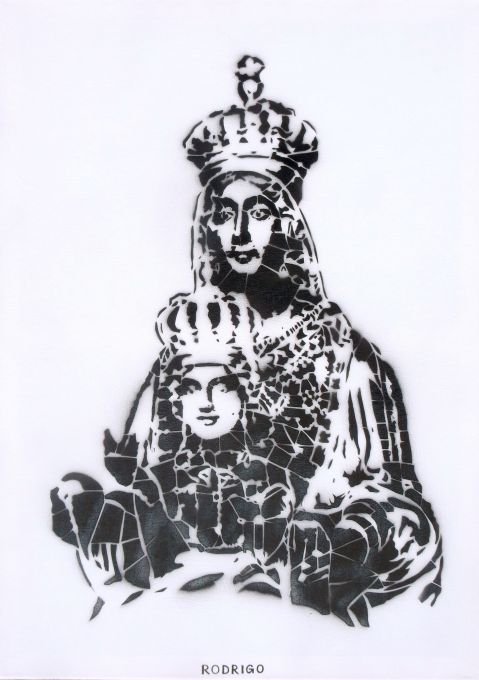 La Madonna Nera del Sacro Monte di Viggiano is the "Regina of Lucania" (The Queen of the Lucanian people) The Patron Virgin of the whole region of Basilicata in the south of Italy. The Madonna Nera has the particularity of being the only black virgin of the continental Italy. She's kept at the Basilica at Viggiano's village and she's taken once up the mountain and back a year. I decided to make this version with the stencil modern technique in order to give it an updated version mixing tradition and modernity in the same vein I did it with "San Gianuario Piange" the Patron saint of Marsico Nuovo.

It's the second use of the stencil because the first use of it was for the socio-political piece "Madonna Nera e Oro Nero". I made this simplified version in order to propose a straight-up 1st degree representation of the Virgin without any underlying message with it. I will produce other versions using the stencil.